ACU boss accused of torture as NHRC investigates the matter

Gorgi Mboob, the commander of the Anti-Crime Unit (ACU) of The Gambia Police Force is facing allegation of torture including hitting one Ebrima Sanneh, with a hoe in his genital. 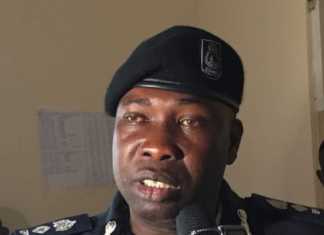 Ebrima Sanneh, who was arrested by personnel of the ACU was detained at ACU’s headquarters in Bijilo. He claimed that he and other detainees were subjected to forced labour at the ACU’s farm in Bijilo.

Ebrima Sanneh, a native of Brikama, in an interview with local media alleged that an argument ensued between him and one officer of the ACU when one of the maize he was picking fell, saying: “The ACU boss approached me and started to insult me. Gorgi Mboob used a farming tool (hoe) that I was using to farm and hit me on my genitals forcing me to collapse on the ground and screaming for help. I was later rushed to hospital for medical attention after I complained that I was suffering from pain and difficulty in urinating.”

However, the police have refuted Mr. Sanneh's claim and they described it as false news. The police wrote on it Poliso Magazine and it reads: “The Office of the Inspector General of Police has noticed with great concern a story circulating on social media with the caption "Gorgi Mboob accused of attacking Ebrima Sanneh in his genitals."

They said the story is not only false but calculated to mislead the public.

“Today Saturday the 25th of July 2020 around 05:00hrs, the Police Anti-Crime Unit received a call for assistance as certain individuals were fighting outside the former Duplex Night Club. A team of Officers were dispatched to the location where they effected arrest of certain individuals.”

The parents of the arrested persons were called and it was during this time when Ebrima Sanneh complained of abdominal pain. He was given a police escort together with his family members to the hospital. Medical examination was conducted on him and he was said to be without any complications as indicated in an ultrasound scan report. For verification purposes, his family can be contacted.

Meanwhile, The National Human Rights Commission (NHRC) in a press release issued yesterday condemns all and any acts of police brutality in its strongest terms and wishes to remind the officers of the Anti-Crime Unit, and all security officers, that no one has the right to subject anyone to any form of brutality, torture or inhuman, degrading punishment or other treatment.

The NHRC further added: “The news about Ebrima Sanneh to have allegedly been assaulted by Commissioner Gorgi Mboob has been drawn their attention and they are therefore worried to hear about the alleged brutality by police officers.”

“It is therefore worrying to hear news about police officers, who are required to be the custodians of law and order, allegedly violating the rights of others. The police are to ensure that the rights of all who come into contact with them are respected and protected.”

The commission further stated: “The 1997 Constitution and other international instruments to which The Gambia is a party, guarantee fundamental human rights of everyone living in The Gambia, and the Gambia Police Force, as an agent of State responsible for the maintenance of law and order, is expected to exercise maximum restraint and ensure its actions are legal, necessary and proportionate.”

The country’s human right commission said they are investigating the said allegations and will recommend the appropriate action to take to make sure that justice is done if it established that any form of torture was committed. 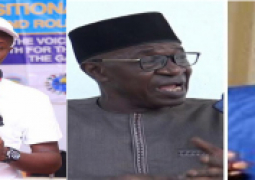 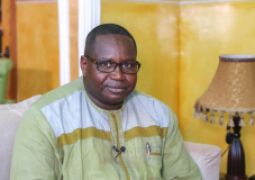 Corporal Baboucarr Njie of the State Guards Battalion has been arrested in connection with the foiled coup plot to overthrow the democratically elected government of President Adama Barrow. 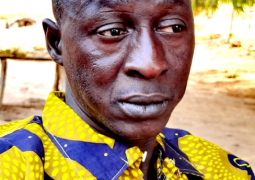