They pleaded not guilty when the charge sheet was read to them.

They were granted bail in the sum of D250,000 each with a Gambian surety who should surrender his or her ID card and swear to an affidavit of means. The accused should also deposit their travelling documents with the registrar of the court.

Inspector Bobb, Sergeant Touray and Sub- Inspector Gomez presented the bill of indictment on behalf of the Inspector General of Police. The prosecution team called their first and second witnesses on 14 April, 2020, to testify.

Pa Saho Suso, a police officer and the first witness, told the court that he works at the Anti Crime Unit under CID operation. He stated that on 31 March, 2020, and 1 April, 2020, he and his colleagues went on patrol around the Mandinaba end. He told the court that he identified Sulayman Jallow, an accused person.

He testified that they intercepted a truck containing some bags of sugar between 9 p.m. and 10 p.m.         He further told the court that the accused was arrested and taken to the Anti Crime Unit.  He added that he then made a statement.

It was put to him that there were other goods in the truck apart from the bags of sugar, but he answered that he saw only the bags of sugar. He noted that he and his team were on patrol until the hours of 4 am and 5 am when they took the accused to the Anti Crime Unit.

It was also put to him that he had enough time to check all the goods in the truck. He replied that they had no time to do so because they were patrolling. He was asked whether the truck left the territory of The Gambia. He answered in the negative.

The second witness, Police Officer Bass, identified two accused persons namely; Alieu Jallow and Abdourahman Jallow. He narrated almost the same story as the one narrated by the first witness. He told the court that one of the trucks stationed at Bond Road was about to leave.

He was asked whether the truck which contained the bags of sugar which belonged to Alieu Jallow left The Gambia. He said it did not. It was then put to him that the accused did not violate any law, and he responded that he could not answer the question.

The case was subsequently adjourned to 20 April, 2020, for continuation. The presiding magistrate then informed the court that she would advise herself as to whether to transfer the case.

State House, Banjul, 12th August 2021: His Excellency President Adama Barrow acting under Section 76 (1) of the Constitution (1997) of the Republic of The Gambia is pleased to declare Monday, 16th August and Thursday, 19th August 2021 as Public Holidays throughout The Gambia. 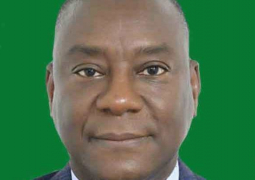 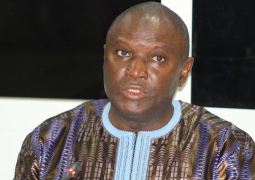