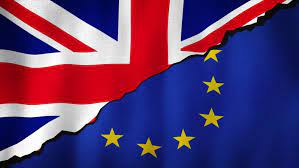 However, assuring the affected persons, the UK government has guaranteed that officers will not only be ‘‘compassionate’’ but also ‘‘flexible’’ during the exercise.

Officials also added that ‘‘their rights will be protected’’.

But despite the promises, some Senegambians who spoke to The Point, fears that due to the ‘‘complexity and sometimes difficult application process’’, they may not be able to comply within such a short period of time.

So far there are hundreds of EU residents originally from Senegambia living, working or studding in the UK. They have just few days to apply.

Nonetheless, due to the fact that the warning to submit their papers is now formal, officials confirmed that thousands of affected people have already ‘‘submitted their applications for consideration’’.

According to the current rules, those qualified to apply for settled status are people who lived in the UK “continuously for five years or more” before 31 December 2020.

On the other hand, the second category of people who can apply are the so-called ‘‘Pre- Settled’’ people. They are the group of people who lived in the country for “less than five years” by the end of 2020.

The latter are free to apply, however, there is no assurance that they will be successful.

Nevertheless, subsequent consultations with authorities have resulted to officials emphasising that they will ‘‘guarantee the rights of late applicants’’.

Following further inquiries regarding the consequences, this correspondent was informed that “unsuccessful applicants and those who refused to apply or comply may risk deportation, losing work permit, free health care…and access to housing, benefit claim, tenancy and other significant advantages”.

Legal advisers are also urging affected individuals to seek advice and submit their applications ‘‘on time and in proper procedure to avoid unnecessary delay’’.

Since the UK finally separated from the EU on January 1st 2021 following tense and divisive referendum, several previous law that protected such EU nationals no longer existed.

Therefore hundreds of thousands of EU citizens and their dependents are obliged to comply with the new rules.

Overall Senegambians are a tiny minority compared to other EU nationals especially those from East Europe. However, due to their hard work, positive contribution and respect for the law, the Gambians and Senegalese footprint in the UK and across Europe cannot be underestimated.

Justice Sidi K. Jobarteh, the vacation judge who is presiding over the ongoing manslaughter charge against Sainabou Mbye, Cherno Mbye and Kibili Dembelly has disregarded the averments in the affidavits of the applicants relating to alleged “inhumane and degrading” treatment at the country’s central prison, Mile Two.

The Ministry of Agriculture wishes to inform the general public that it has secured one hundred and forty thousand (140,000) bags of fertiliser for three thousand five hundred Dalasis (D3500) per bag. However, after series of consultations and meetings, the Ministry has proposed to sell the bags of fertilizer to farmers at a subsidized price of two thousand five hundred Dalasis (D2500) per bag. Understandably, the current market price marks a significant hike from the previous year’s price.