The term ma’din (minerals) is derived from the verb ‘Adana (to reside), as in the phrase “’Adana fi al-makan,” which means ‘someone resided in some place.’ Allah, the Exalted One, says: “Allah has promised to the believing men and believing women gardens of Eden” [at-Taubah 72] since it is an abode for eternity.

Scholars differ about minerals (ma’din) which are subject to zakah. Ahmad holds that everything dug from the ground, whether created in it or buried by man, and which has a value (such as gold, silver, iron, copper, lead, sapphires, chrysolite, emeralds, turquoise, crystal, agate, kohl (antimony sulfide), arsenic, tar, petroleum, sulphur, zaj) are subject to zakah. He, however, made it a condition that the extracted mineral should attain a nisab either by itself or by its value. Abu Hanifah is of the opinion that zakah is payable on any mineral that can receive an imprint or melt by fire, such as gold, silver, iron, or copper. As for liquids such as tar, or a solid mineral which cannot be melted by fire such as rubies, there is no zakah on them. In the former case, the admissibility of nisab is not a prior condition. Whether large or small in amount, a fifth will be taken as zakah.

Malik and ash-Shaf’i hold that both gold and silver qualify for zakah. Like Ahmad, they insist that the gold should weigh at least twenty mithqal (a weight equal to 4.68 g.) and the silver at least 200 dirhams. They agree (with the Hanafiyyah) that these metals do not require completion of a year to be subjected to zakah, which becomes due anytime it is available. According to the preceding scholars, the amount should be one-fortieth, and its distribution should be like that of the regular zakah. For Abu Hanifah, its distribution is similar to booty (fay’).

That zakah of rikaz and ma’din is obligatory is shown by a statement attributed to Abu Hurairah: “The Prophet, upon whom be peace, said: ‘There is no compensation for one killed or wounded by an animal, falling in a well, or because of working in mines; but, one-fifth (khums) is compulsory on rikaz.’ “Ibn al-Munzhir confesses that he does not know anyone who contradicted this hadith except al-Hasan, who differentiates between what exists in the land of war and the Islamic land. The latter holds that if rikaz is found in the land of war, one-fifth (khums) is due, but if it is found in the Islamic land, it will be subject to the regular zakah.

Explaining it, Ibn al-Qayyim says that there are two interpretations of this statement:

The second interpretation is that there is no zakah on minerals. This view is supported by the Prophet’s saying: “... but one-fifth is compuslory on treasure--(Wa fi az-zakah al-khums).” Thus, he differentiated between mineral (ma’din) and treasure (rikaz). He made zakah on rikaz compulsory because it is a wealth obtained without any cost or effort. He exempted minerals (ma’din) from zakah because they require both cost and effort for their mining.

Rikaz Upon Which Zakah is Paid

The rikaz are all those substances upon which one-fifth (khums) is payable, such as gold, silver, iron, lead, brass, and the like. This is the opinion of the Hanafiyyah, the Hanbaliyyah, Ishaq, and Ibn al-Munzhir. A report from Malik and one of the two opinions of ash-Shaf’i also corroborate it. Ash-Shaf’i also holds that only gold and silver are subject to khums.

1. In a barren land, a land of unknown ownership, or in an intractable road, or ruined village. In that case, khums has to be paid, and the one who found it may keep the other four-fifths for himself. This is based on a report from an-Nasa’i on the authority of ‘Amr ibn Shu’aib from his father and from his grandfather, who said that when the Messenger of Allah, upon whom be peace, was asked about a lucky find (al-luqatah), he responded: “For anything along a tractable road or in an inhabited village, its ownership is determined by established custom. If the owner claims it, it is his. However, when an item is found in an intractable road or in an uninhabited village, then on it and the rest of the find, one-fifth (khums) is payable.”

2. If the rikaz is found by someone in a land transferred to him, then it is his, as it is lodged in the land. Nevertheless, his ownership does not come from his possession of the land--it comes from the fact that it became known to him. Analogically, this kind of find falls into the category of grass, firewood, and game which are found on land which is not his. He can claim it if the one who transferred the land does not ask for it. In that case, it will be his because the land originally belonged to him. This is the view of Abu Yusuf, and the Hanbaliyyah uphold it as sound. Ash-Shaf’i says it belongs to the owner who transferred the land (if he claims it) before him, and so on until it is claimed by the first original owner.

Whenever land is transferred through inheritance, it is considered an inheritance by itself. If, however, the inhabitants agree that it did not belong to the one from whom they inherited it, then it belongs to the original owner. If he is unknown, then it is considered the lost property of an unknown owner. Abu Hanifah and Muhammad say that it belongs to the original owner of the land or to his inheritors if they are known; if they are not, it is to be placed in the public treasury.

The Amount Payable on Rikaz

The amount payable on rikdz is one-fifth, regardless of a nisab, according to Abu Hanifah, Ahmad, and one of the two correct reports of Malik and ash-Shaf’i. As for the completion of a year (haws), all scholars agree that it has not been stipulated as a condition.

Who Must Pay the Khums (One-Fifth)

Most scholars are of the opinion that khums is due on anyone who finds a treasure, whether he happens to be a Muslim, a free non-Muslim subject (zhimmi), old, young, sane, or insane. However, the guardians of the young and insane must pay it on their behalf. Ibn al-Munzhir comments that all learned persons agree that a zhimmi who finds rikaz has to pay its khums. This is also the opinion of Malik, the scholars of Madinah, ath-Thauri, al-Auza’i, the scholars of Iraq, those who use analogy (ashab ar-ra’y), and others. Ash-Shaf’i stated that khums is only due upon those who must pay zakah. 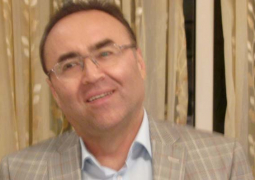