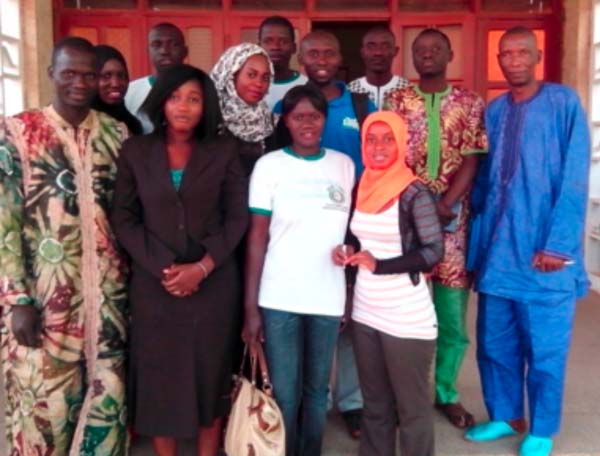 The Network of ECOWAS Trainees on Youth Entrepreneurship on Thursday 29 January 2015 held a press conference at the Independence Stadium to welcome 16 students who represented The Gambia in Benin.

Speaking at the press briefing, the chairperson NETYE Gambia, Gilbert Jasseh, said since the establishment of NETYE Gambia in 2009, the network has embarked on policy formulation membership registration and update meetings, among others.

He said since then they started to serve as a coaching body or a coordinating body for the youths selected by the NYSS and NYC to train outside the country.

In that regard, Kawsu Badjie, as the coordinator NETYE, has been working with those selected, and also during their stay outside the country.

“We always make sure that he is in contact with them, and whenever they come back he makes sure that he helps them develop a report which we normally submit to the Minister of Youth and Sport,” Jesseh said.

All these past years, NETYE Gambia has been doing well giving support and coaching, he said.

The Gambian participants always emerge as excellent students among the ECOWAS trainees, he added.

“As coordinators, we make sure the Gambian delegations live up to expectations, as we work together with the Ministry and NYSS even at the selection level, to ensure the right people are being selected.”

Alagie Jarjue, who represented the Executive Director NYC, said the trainees were told to put the flag of the country high.

He thanked them for continuing to make the Gambian flag fly high at the Songhai centre in Benin.

He challenged them to utilize the knowledge they gained from the training course to serve their best interest and the country.

“As a country, we will not develop if only one of the sectors of the economy continues to grow,” he said.

Sutay Jawo, who represented the Executive Director NYSS, challenged the trainees to create job opportunities for themselves and other people from what they learned in Benin.

The 30-days high level skills training programme on Agro Business was held at the Shonghai Centre in Porto-Novo in the Republic of Benin.

The six were selected from across the country to attend the 16th ECOWAS/YSDC Skills Acquisition and Entrepreneurship Development training course, which seeks to enhance capacity building of young people in West Africa, and attracted 64 participants from 10 member states of ECOWAS.

The training programme aims to reduce youth unemployment within the sub-region through the acquisition of necessary skills and enterprise development.

As the private sector is recognized to be the highest employer of young people, thus the need for young people to become self-employed, as it is the only opportunity where one can start with the minimum capital necessary and grow to be a job creator.

Speaker after Speaker talked about the importance of the Skills Acquisition and Entrepreneurship Development training programme, for the empowerment of young people in the sub-region.

The Director of ECOWAS/YSDC called on participants to take the training course seriously, as this is a lifetime opportunity with the aim to transform the lives of youths.

He called on all participants to learned, accept and appreciate each other’s culture, “as we expected to promote the ECOWAS agenda of regional integration.” 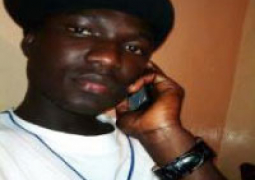