Following a plea guilty to the offence one Matarr Faye wasrecently convicted and sentence to fine of D25,000 in default to serve six years imprisonment.

The Case was heard at the Bansang Magistrates' court before the traveling Magistrate Amadou Baldeh.

According to the particulars of the offence some time in the month of August 2008 at Kobakunda in the U.R.R, the convict was said to have stolen 669 cement blocks the property of one Alhagie Amara.

When the charge sheet was read to the convict and interpreted in the local language he claimed to understand, and vehemently disagreed. 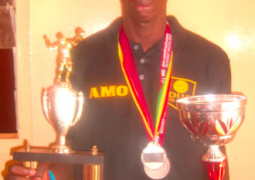