The Gambia Rush Soccer Club on Sunday concluded a weeklong basic coaching course for the country’s youth coaches drawn from different academies and places at the Serekunda East Mini-stadium.

The programme jointly organised by Gambia Rush, in collaboration with their rush partners in the United States of America, is intended to build the capacity of The Gambia’s local youth coaches in a bid to fully equip them in their role as aspiring coaches.

The intensive 4-day course, according to participants, has accorded them the golden opportunity to learn and gain lots of basic techniques of modern element of coaching.

They are determined to make the best use of the knowledge gained from the training.

The man at the helm of affairs who led the youth coaches to vigorous sessions in the past few days, Erik Bushey of Colorado Rush in the U.S., said the coaching course gave the participants the opportunity to learn a lot of things, such as the basic elements of youth coaching, which according to him, also included the disciplinary aspects of coaching and the approach towards the game.

“I am very impressed with the performances of the participants. It is a very fruitful time and with what I saw in these coaches, they can realize their dreams of becoming big time coaches with mindset and compassion,” said Erik, who also described the course a total success.

Erik, who spent 10 years with , began his coaching career at the university level several years ago.

He has been one of key members of coaching staff and has since been playing a pivotal role in guiding to three national championships during his ten-year stint with the club.

Erik was scheduled to return to the yesterday. 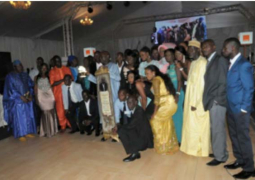 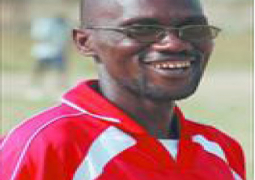