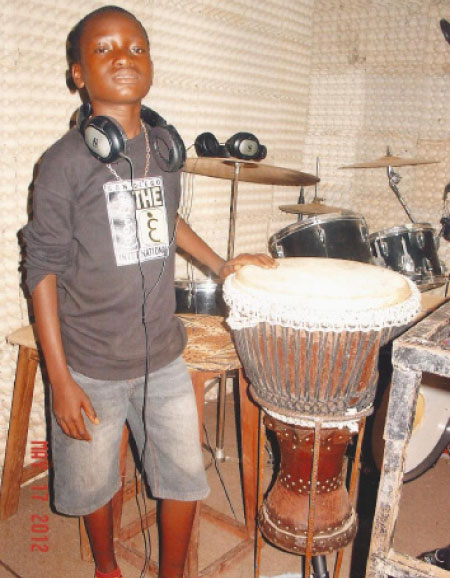 The music industry is getting more advanced as it continues to attract more youthful musicians, drummers and dancers in its progress to higher heights.

One among these new breed of artistes is Musa Jobarteh, a young drummer and singer who is presently busy putting finishing touches to releasing his new album for launching in December or January.

Speaking in an interview with Entertainment, Lamin Jobarteh, the father of Musa Jobarteh, said Musa started playing the drums since the age of 3.

He added that Musa started performing on stage at age 5 at the Alliance Franco in 2006.

“He has played with many bands including foreign bands,” Mr Jobarteh told Entertainment, adding that Musa is presently working on his own album expected to be released in December or January 2013.

According to Musa’s father after finishing the mastering of the album, it will be presented to Haruna Drammeh, who is sponsoring it.

The father of the youngest music star added that the album will be promoted in a countrywide tour as well as on GRTS.

Musa Jobarteh recently concluded a promotional tour with Youki to various schools within the greater area and hopefully the same promotion will continue next year with Youki following the release of the album.

Mr Jobarteh, the father, therefore thanked Haruna Drammeh for the support and called on other organizations and private individuals to support young musicians in the country.

Previous:
GFA taskforce to probe into match-fixing allegations
Next:
Rational Mysticism: The Pristine Mysticism of Islam as Exemplified in the Life and Ethos of the Prophet 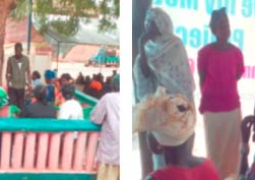