The Young Journalists Association of The Gambia (YJAG) on 16th September 2010 commemorated its third anniversary on the theme: "Promoting the welfare of the young journalists of The Gambia".

Kairaba Avenue
to the Traffic Light. Led by the Gambia Police Force band, the march-past was followed by a symposium held at the Joint Officers Mess in Kotu.

Speaking on the occasion, the assistant secretary general of the association, Modou Joof, said that after observing a democratic election last September, the current executive continues with the action plan of the previous executive.

He said that some of the activities they carried out in the past one year were conference on climate change, courtesy call to media chiefs and a workshop on media laws.

"The day is a moment of reflection on our achievements and challenges," Hassan Sallah, president of the association, said. "YJAG is committed to promoting the welfare of the young journalists in the country."

The Executive Secretary of the National Youth Council, Marchel Mendy, reminded young journalists that they have a big role to play in nation building.

He also advised journalists to respect the law and ensure the ethics of the profession are always observed.

For his part, the managing director of Today newspaper, Abdul Hamid Adiamoh, said the theme for this year's celebration "is general," while encouraging the young journalists to struggle and promote their welfare instead of depending on others to promote their interests.

Pa Malick Faye, Managing Director of the Daily Observer, encouraged members of the association to foster unity among them. He also advised young journalists to place more focus and attention on learning and improving their skills rather than making the monetary aspects their primary goal in the profession.

He also advised young journalists "not to allow anyone to use" them for their selfish gains.

"As a leader, you must listen to criticism in order to move in the right direction," Mr. Sarr, who is also a board member of YJAG, told young journalists.

Other speakers on the occasion included Musa Sheriff, managing editor of the Voice newspaper, and Babucarr Senghore, deputy editor of The Point.

Present at the occassion was YJAG founding president Nfamara Jawneh who  earlier described the day as "worthy of celebrating." 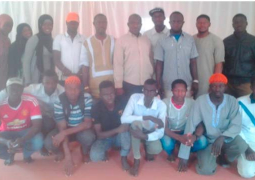 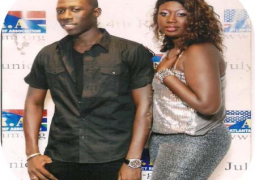