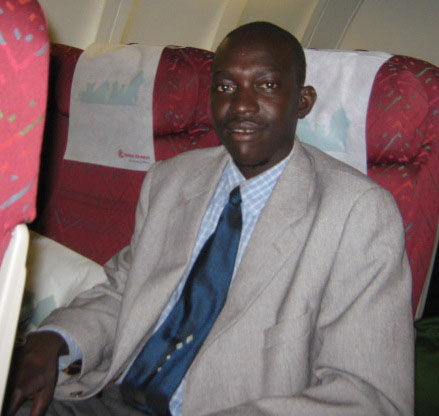 The Young Journalists Association of The Gambia (YJAG)  is three-year-old today and members of the association are planning to celebrate the anniversary with a procession from Africell's head office  along Kairaba Avenue to the traffic lights around the Kairaba Police Station. This will be followed by a forum at the Joint Officers Mess.

Speaking in an exclusive interview with this reporter on the eve of the anniversary, YJAG's founding president Nfamara Jawneh said the day is worthy of celebrating.

"I would like to say with all the achievements registered over the past couple of years it is a day worth of celebrating," he said.

According to the former YJAG boss, the anniversary celebration is meant not only to celebrate but also to serve as an opportunity for members to sit together and reflect on their achievements, shortcomings and challenges.

Mr Jawneh challenged the members, especially those who chose to lead, to recommit themselves to the cause of the young and promising association. With more serious commitment on the side of members and the executive leadership, he noted, the future of the association would be bright.

He said: "Yes, I am very much hopeful that if the principles and basics of the formation of the association are adhered to, we can call it a successful association. The wish of the founders is to see the association progress rapidly, thus addressing the needs of its members. Only if we remain focused, united and committed will we call ourselves a successful group."

The former YJAG boss said he was dissatisfied with the level of commitment among members during the past one year. "This is worrying," he added, calling on the leadership to change the situation before it becomes the Achilles heel of the association.

"I must stress that people must be empowered, given delegated responsibilities and, above all, consulted on matters relating to their portfolios in order to make them effective participants," he said.

He called on all those young journalists in the country who care about the association to pay their dues regularly, adding that no association will survive without finance.

Mr Jawneh also said the association should graduate from the era of only seeking for assistance to sustain their activities to innovating new fund-raising strategies. "I am not saying that we should not ask for help - of course we can do so - but I am saying we need to be more creative in raising our own funds internally," he adduced.

It could be recalled that it was on 16 September 2007 that Mr Jawneh led a group of young journalists in the country to form the Young Journalists Association of The Gambia.

Mr Jawneh and Saikou Ceesay of the Daily News were the very first people who conceived the idea of forming an association of Gambian young journalists.

After numerous consultations among themselves and brainstorming in Jawneh's Residence, YJAG was born and became known to many.

The principal objectives of YJAG are to promote the welfare of its members and build their capacity, as well as to complement the efforts of the Gambia Press Union in promoting press freedom in the country. 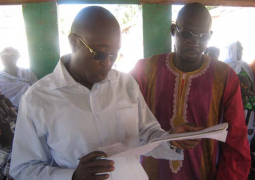