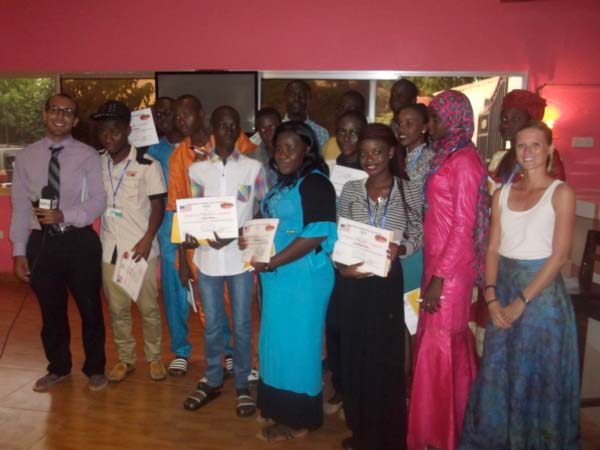 The Youth Empowerment through Education and Sports (YETES) Foundation over the weekend awarded certificates to 115 people, at a closing ceremony of the 2015 U.S Banjul’s Competitive College Club (CCC) “Education is Key Conference”.

The conference was organized by the YETES Foundation funded by the U.S Embassy in Banjul, and held at the Baobab Holiday Resort in Kololi.

The conference was staged prior to a week-long leadership training session engaged in by the students, as well as visits to various institutions such as the Tanka Tanka psychiatric hospital and media outlets, among other places.

The conference was an opportunity that brought together CCC students, families and friends to interact and to display their skills.

The foundation, according to Papa Njie, aims at educating youths through sports, educate youths on health issues through sporting activities, to develop future sports personnel, to use the various media outlets to advocate for the youths, as well as to solve conflicts through sporting events, with the motto “Before anything, Education.”

This year, 100 students from all over the county met in Banjul for the annual CCC week, from Friday 4th to Sunday 13th September 2015, where students engaged in a wide range of activities, including science and technology projects, creative writing, performing arts, public health training, community service and field trips.

It is stated that one in three Africans, between the ages of 10 and 24 with approximately 60 percent of Africa’s total population, is below the age of 35. This is more evident in The Gambia, where over 65 percent (1.3 million) are youths.

To target and effectively dialogue with this active population, YETES will use sports as the hook to education, sensitize and engage Gambian youths.

YETES, a non-profit sports and education alliance is set to target Gambian youths by offering academic support, training and advocacy through sports with particular emphasis on basketball, football and health.

BIBLICAL REFLECTIONS: MAKE THE WORD OF GOD YOUR STANDARD 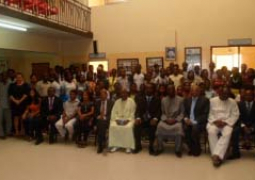 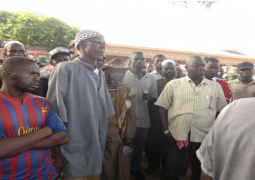