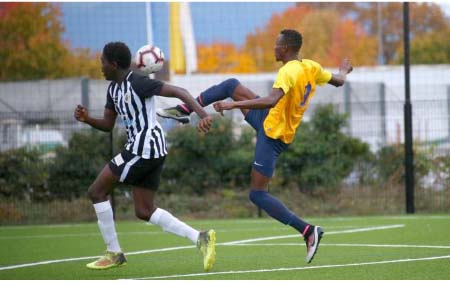 Gambian striker, Yankuba Jarju has scored for French Third tier club FC Pau during their 3-3 home draw against Créteil in their week-twelve fixtures of the ongoing French National (Third Tier) league played at the Stade Du Hameau Idron 1 on Friday.

Algerian midfielder, Abdelmalek Mokdad leveled matters for his side (Créteil after scoring a hat-trick in the 67th, 72nd and 89th minutes respectively).

Jarju who scored a total of five goals in last season’s Coupe de France also scored a double during their side 4-0 win over CS Feytite in the round of six fixtures of the Coup de France.

FC Pau are sitting second position in the French Third Division league with 23 points in twelve matches, while Créteil is in seventh position with 17 points after twelve matches.