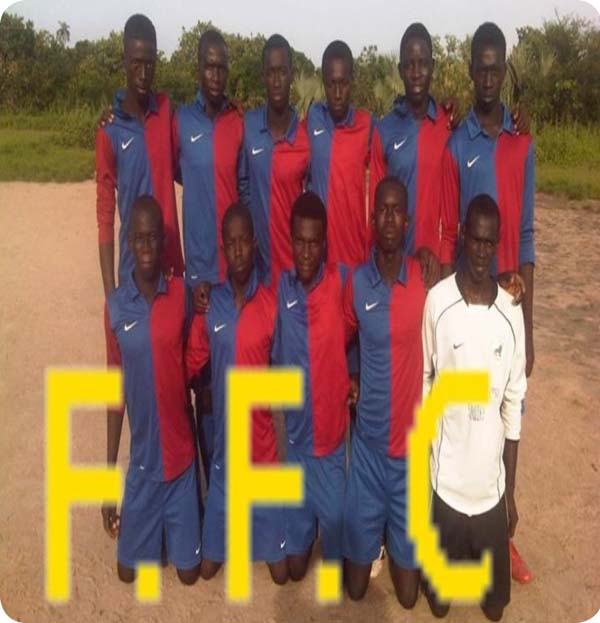 Famalang FC dominated the opening minutes of the game and launched several goal-scoring opportunities against their opponents before opening the scoring through striker Bakary Saho in the 9th minute of the game from a spectacular strike to give his side the lead.

Winger Lamin Jammeh alias Alo levelled the scoring for World Star FC in the 17th minute of the game from an astonishing free-kick to cancel out Bakary Saho’s 9th-minute strike.

Muhammed Touray snatched the win for World Stars in the 46th minute of the game from a stunning strike to earn his side the trophy.

Famalang fought back for an equalizer and created some goal-scoring opportunities but fired all their bullets into the bush thus the game ended 2-1 in favour of World Stars.

As champions, World Star went home with a giant trophy and cash prize of D500, whilst Famalang received D450 as runners-up.

In addressing the finalists, Hatab Jobe, a member of Solifo Investment FC, said the late Pa Jobe Jassey, who passed away at an early age, was a member of their club.

The late football budding star was very instrumental and on target when Argentina beat Falcons 1-0 in a nail-biting encounter, in his active years.

Jobe stated further that the late Pa Jobe Jassey also won a trophy with Argentina before he returned to Falcons and won two trophies with Falcons in the course of time.

He scored when Falcons thumped Tennis FC 2-0 to clinch the first edition of the Gunjur Super Cup, Hatab recalled, saying the late lad’s eye-catching performance with Falcons in the Nawettan earned him a place in Gunjur team.

He was on target when Gunjur beat Sukuta 1-0 in the 2002 Super Nawettan game played at the Dembadou Mini Stadium.

According to Hatab, the youngster’s brilliant performance for Gunjur zonal team attracted the eyes of Wallidan coaching staff, who invited him for talks that led to the boy starting training with Wallidan before he passed away in 2003.

Jobe advised the players to maintain discipline and always listen to their coaches and heed their advice.