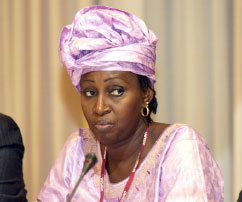 The programme was organised by the steering committee on strengthening of The Gambia Climate Change Early Warning System and the Kanifing Municipality Council.

The objective of the workshop was to sensitize relevant stakeholders on the project concept with a view to ensuring multi-stakeholder participation on climate change and early warning system in The Gambia.

Declaring the two-day workshop open, the Minister of Forestry and the Environment, Ms. Fatou Ndeye-Gaye, said the purpose of the gathering was to exchange ideas and information regarding climate change early warning system.

Minister Gaye, who is also responsible for climate change, revealed that scientific studies at the national and international levels have confirmed and highlighted the major future climate change impacts and vulnerabilities in different regions and systems pointing to the hot spots and priorities for adaptation.

Minister Gaye added that as a result such studies received a considerable amount of public attention and raised expectations on actions to be taken in order to respond to climate change.

She underlined the political significance that all governments have agreed to the conclusions of the scientists and provide solid foundation for sound decision making, noting that efforts to address climate change now will be cheaper than to react to it later.

“It is now the turn of governments and citizens of the globe to provide political reaction and answers to the scientific findings,” she stressed.

The Forestry minister informed the participants that at the international level, the Government of The Gambia has demonstrated this political support and leadership thus The Gambia has provided scientific and political leadership on climate change at the United Nations General Assembly, the Intergovernmental Panel on Climate Change and the United Nations Framework Convention on Climate Change, UNFCC.

At the national level, she said, the National Climate Committee has conducted studies and developed national strategies to implement the Climate Change Convention.

These strategies, he noted, include the First and Second National Communications of The Gambia to the Conference of Parties of the United Nations Framework Convention on Climate Change; Gambia’s National Adaptation Programme of Actions; and Gambia’s Nationally Appropriate Mitigation Actions.

She said all these national strategic documents contain nationally agreed intervention activities to address climate change thus our gathering here is to exchange ideas and information, learn from one another and build capacities of one of the most important groups of stakeholders – the communication agents – to enable communication of climate change information, forecasts, warnings and advisories from the scientists to the communities. 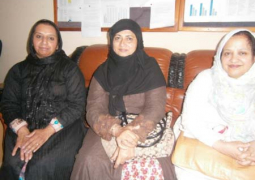 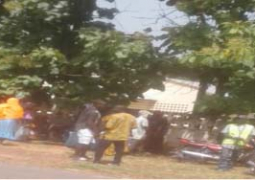