It's now left to the National Assembly Members to listen to the concerns of those who elected them into office.
The Gambia has ratified so many international conventions and protocols addressing gender-based violence.
Information gathered by this paper has indicated that unlike in the past, there is popular demand in many Gambian communities to put to an end to Female Genital Mutilation (FGM).
Gambian communities, particularly, in rural areas are better informed today than ever about the effects of harmful traditional practices and the reproductive health rights of women.
Thanks to the commitment shown on the side of the government and the vigorous awareness campaigns, spearheaded by women groups, prominent among them, are GAMCOTAP.
However, despite the gains registered over the years more still need to be done as there is no law banning the practice in the country as of now.
Children's Act 2005, alone speaks volume of The Gambia's commitment in empowering young people. The genital cutting is said to be an unhygienic and inhuman traditional practice which is deeply rooted in society. Therefore, continuous education and sensitisation about the effects of harmful traditional practices is fundamental.
Women groups advocating for the criminalisation of FGM must not relent in their efforts in creating the much-needed information on the subject.
One thing that is important is that the world is changing and we must also move with the trend.
Something that was good a decade ago may not be of help in this 21st Century.
This makes the subject more necessary and important, thus protecting the country's future generation.
FGM is believed to be against the rights of the child as the practice is detrimental to the general well-being of the girl child. Gamcotrap has challenged parliamentarians to act by passing the law against FGM.
Forced and early marriages are also a harmful traditional practice in The Gambia and must stop sooner than later.
One thing that is clear is that without a law people will continue to practise it.
Share Article
Share on Facebook
Share on Twitter
Share by E-Mail
Share on Pinterest
Share on LinkedIn
Share on WhatsApp
Previous:
Trio In Court For Alleged Multiple Offences
Next:
Exemplary Priest Bids Farewell 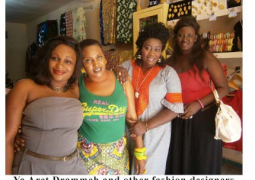