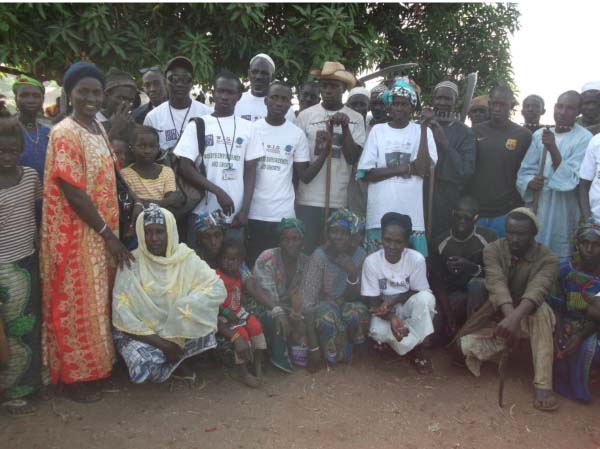 The people of Konteh in the Nianija district of the Central River Region in collaboration with the Women’s Initiative The Gambia, a women’s organization based in Njau in the same region, recently embarked on a massive cleansing exercise in the village of Konteh.

The exercise coincided with the launching of a new project by Women’s Initiative The Gambia on waste management, supported by the Global Environment Facility (GEF).

It lasted for hours, and was punctuated with traditional drumming and dancing.

Speaking to participants at the end of the exercise, Ms Isatou Ceesay said the Women’s Initiative The Gambia is campaigning against the uncontrolled use of plastic bags and other kinds of environmental waste.

The project has three components namely, to address environmental protection through recycling waste plastic bags; bee-keeping as a means of income generation and a job opportunity for young people; and woodlot development, to be implemented within twelve months and targeting the women and youths, especially youths out of school in the districts of Upper Saloum and Nianija in CRR North.

She spoke at length on the importance of the recycling of waste plastic bags into wallets, bags, doormats, table clothes and so on, which are sold to the public to generate income.

She also stated that despite the tremendous achievements realized by the organization over the past years, it is determine to do more to support the local communities within its area of operation.

Ms Ceesay commended and urged the people of Konteh, particularly the women, to make best use of the opportunity to maximize the chances available.

Sankung Faye, a public health officer at the Chamen Health Centre, thanked the participants for actively participating in the exercise.

He described the exercise as the most effective way of preventing diseases such as malaria.

He added that cleanliness is next to godliness, and encouraged the community to keep cleaning their environment, while expressing satisfaction with the high turnout.

He advised the people of the district to change their attitude on waste management and control, in order to avoid indiscriminate dumping.

He reminded them about the anti-littering law, and stressed that the community should be sensitized about it.

Adama Cham applauded the people of Konteh and their counterparts for the initiative, and called on the rest of the Nianija communities to emulate Konteh to ensure that their environment is kept clean at all times.

He urged them to further strengthen the unity and cooperation that has been existing among them, and called on them to maintain the momentum and work hard to always keep the environment clean.

Speaking on behalf of the youths, Amadou Njie described the move as a good initiative, as it would enhance the cleanliness of the community.

He lamented a lack of sanitary materials and equipment that would ease their cleansing activities, and urged people do stop indiscriminate dumping within the community.

“This is why we embarked on this cleansing exercise to clear these heaps of waste from our environment,” he stated.

Aiasata Ceesay, a women’s rights activist, also lamented that the kids are also fond of playing at dumpsites, which is unhealthy, noting that despite all efforts in cleaning the community, people do still indiscriminately dump waste.

She called on the women folk to be watchdogs to maintain a clean community.

The alkalo of the village, Saidou Jenaba Njie, thanked the participants for their active participation in making the environment clean.

He added that that this kind of exercise is important to their social well-being in the community.

He called on compound heads to continue participating in such exercises, because this would improve their health. 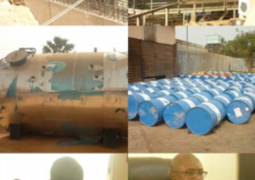