As part of activities under the UNDP project, strengthening capacities of Government institutions, the Women’s Bureau under the Ministry of Women’s Affairs yesterday held a one-day national dissemination workshop on the Gender and Women Empowerment Policy 2010-2020.

Stakeholders from different walks of life were gathered at the Paradise Suites Hotel in Kololi for the dissemination forum.

The policy is guided by national, regional and international gender equality protocols as well as national legal instruments and development framework.

Deputizing for permanent secretary, office of the vice president, Amie Njie-Joof said the Government of The Gambia recognizes gender equality and women empowerment as a key factor for the attainment of social and economic development and has since placed them high on her development agenda.

She said a number of measures were taken at mainstreaming gender and women empowerment issues in the development process.

“The Government of The Gambia is fully aware of the fact that there cannot be any meaningful development without the full and active participation of all its citizenry, particularly women and girls in the national development process,” she remarked.

She reaffirmed the government’s commitment towards the attainment of gender equality and women empowerment.

Madam Joof noted that this is amply demonstrated through the formulation of the Women’s Act 2010, which has been amended.

She said the development of a gender and women empowerment and gender-related policies, as related policies as well as strengthening of national gender machineries to fully undertake the challenging mandates, are crucial action, particularly in addressing structural relationship of inequality between men and women.

She expressed appreciation to the UNDP, the UNFPA, and other partners for supporting the development and finalisation of the Gender and Women Empowerment Policy 2010-2020.

For her part, the UNDP representative at the forum, Sira Ndow, expressed delight to be associated with the event, noting that The Gambia is making progress in the achievement of gender and women empowerment in line with international norms and standards with a strong national commitment.

“To adequately address the limitation of the former policy and to ensure sustainability of the achievement of the NAPAGW and the critical need to address emerging development challenges, such as the MDGs, new aid architecture, food, financial and fuel crises led to the development of comprehensive gender and women empowerment policy,” she said.

According to her, the lesson learned from implementation of the NPAGW and findings from strategic studies conducted such as a gender profile and socio-economic status of The Gambian women, the Women’s Act and the PAGE, informed the development of the policy.

“We will continue to join forces and unite with all stakeholders to achieve the successful implementation of the gender policy,” she said. 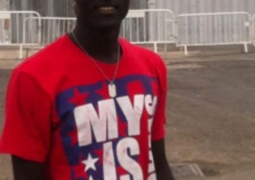