The Point has learnt through reliable sources that one Perpectual Ayomo, a Nigerian, was seriously stabbed and currently in critical condition at the Royal Victoria Teaching Hospital by her boyfriend, with whom, she had a scuffle.

According to sources, the incident, which happened in Kerr Serign, also left the boyfriend, a Nigerian and another man, who came to separate the two during the scuffle, injured.

Assistant Superintendent of Police (ASP) Yerro Mballow, who confirmed the story, told The Point that whilst Perpectual Ayomo remains admitted at the RVTH, her boyfriend and the other person who came to separate them during the fight, have been treated and discharged. 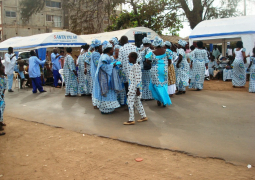 Fifty years of service to God