One Mariama Jammeh, was the latest prosecution witness to testify in the assault case before the Kanifing Magistrates' Court involving Kissima Conteh who is charged with assault causing actual bodily harm.

Testifying before the court, Mariama Jammeh, a teacher by profession told the court that she recognised the accused Kissima Conteh and could recall on 15th September 2009. She said she also knows the complainant, Saikou Sidibeh.

Further testifying, the witness told the court that police officers on patrol got the accused arrested and took both of them to Serekunda Police Station, while the complainant was taken to the Serekunda Health Centre for medical treatment. 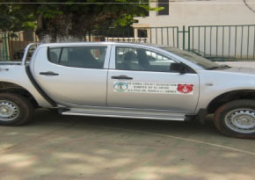