The trial of two Egyptians, Muhammed Ahamed and Hassan Shaaban, accused of fishing with prohibited fishing gear, before the Banjul Magistrates’ Court presided over by Magistrate Lamin Mbayerecently proceeded with the evidence of the second prosecution witness (PW2).

PW2, Abdoulie Njie, of the Fisheries Department, while continuing his evidence, said the inspection of the boat was done in the presence of the captain who was informed that the net he was using was below the minimum net size for shrimps.

“I told them (the accused) that the vessel will be escorted to Banjul, and upon arrival an inspection form was prepared in which the offence was transmitted and the accused signed and I endorsed,” he said.

Police prosecutor, Supt Sainey Joof, applied to tender the said report which was accepted and marked as an exhibit.

Under cross-examination by defence lawyer ML Marong, PW2 disclosed that he did training in fisheries, monitoring, control and surveillance after completing school, and has been on the job for eight years.

He admitted that the said boat trawler had a fishing license, however the witness asserted that a net gauge measured the net, adding that the average mesh for a shrimp net should be 50mm and above and that anything below that should be regarded as a wrong net.

PW2 adduced that he did not know who authorized the use of the net that the accused persons were using.

Asked by the defence counsel about the mesh size of the net before licensing, PW2 replied that it was 56.12mm and that at sea the net was 49.02mm.

The witness also disclosed that at sea, they (the accused) could obstruct the net by putting in ropes to make it big for a better catch.

According to the particulars of offence, the accused on 28 August, 2014at about 06: 30pm were found on board MV AAYA, a fishing trawler, fishing within Gambian territorial waters with a prohibited fishing net which was less than the 50mm mesh size, and thereby committed an offence.

Both accused persons denied the allegation and were granted bail of D1 million or provide a Gambian surety each with a valid identity card.

The court also ordered the accused persons to surrender their passports, including keys of the vessel to the court registrar. 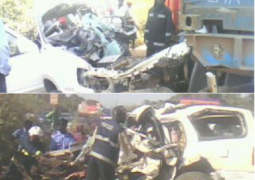 Building relations between Govt and the Independent Press 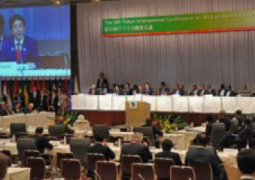