When the case was called, the prosecuting officer, Camara, informed the court that on the last adjournment date the case was adjourned at the instance of the defence.

He said this time around the case was also adjourned at the instance of the defence, adding that on the next adjourned date with or without a counsel he would proceed with his case.

The particulars of offence stated that some time in 2011, at , in Kombo South District of the West Coast Region, the accused persons entered into one Lamin Jammeh’s ECO Tourism Camp and destroyed all structures erected in the Bar and Restaurant valued at D3, 600.

Previous:
The Gambia Football delegation returns from Zurich says all is well for The Gambia
Next:
Sureties appear in court over accused’s absence 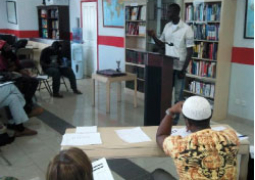 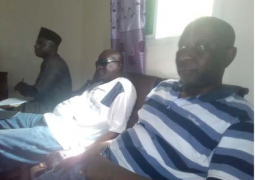