Amat Njie, an employee of Group 4 Security Company was yesterday convicted and sentenced to six months imprisonment by the Kanifing Magistrates' Court following the convict's own plea of guilty to a charge of stealing.

According to the particulars of the offence on at Gambega Company, the convict stole twenty-six bottles of soft drinks.

Inspector Mariama Fatty, while narrating the facts told the court that the convict was posted at MP Trading but went to Gambega around and stole the said bottles of drinks.

She went on to say that he was chased and later apprehended at the Moblie Traffic Police and then taken to the Kanifing Estate Police.

In his plea of mitigation, the convict begged for mercy and said he would like to go back to work.

Magistrate Mbackeh stated in his judgement that the action of the convict was inconsistent with the trust bestowed on him by his employer and that he should dance to his own music. Mr Njie was sentenced accordingly.

Seriously, governance at any level is ademanding business. It requires integrity, energy and resourcefulness. Anyone who does not feel up to the job should have the good sense to refuse it, when it is offered to him or her. To give the impression of competence when you do not have what it takes is to court disgrace and stigma. 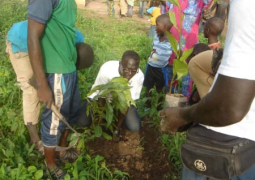 Watch out for my 12 tracks album – Baddibunka