Many would say that with figures like these smoking represents an unacceptable risk to health, but for those who are addicted to the weed it is a risk they feel they cannot avoid.

We are all too aware that while smoking is harmful to the adult, it has a very serious effect on the foetus and young children. The effect of second hand smoke on a foetus can be as serious as if the pregnant woman herself smoked.

What has proven to be far more effective is education. Many smokers will already be aware of the danger they are putting their life in; so, as adults, they must make the decision themselves to quit.

In the future, with education, every child would know exactly what they are doing when they pick up a cigarette. They are damaging their health and putting themselves at enormous risk of developing cancer in later life.

"One gives nothing so generously as advice."
Rochefoucauld La 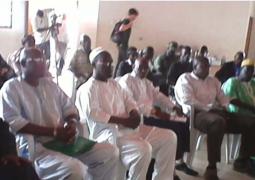