The answer to this question is not immediately known to the untrained eye. For those who believe in themselves, those who are self-willed, those who still make futile attempts to rule their own lives, it may seem for a while that they themselves are the answer – not until they hit their heads against a wall would it reality sink in.

All of us who have trodden this earth are aware that we did not come to this world on our own volition. We were neither consulted, nor did we have a say in the matter. Why then do we want to challenge the status quo? First, I want to submit to us that any such behaviour would be out of sheer ignorance. Another reason could be a sign of immaturity. We need to acknowledge that this life we live is not our own; we were sent here for a purpose. In the light of the following we have to go on our bended-knees and submit to the truth that we are just passing through. We therefore need a roadmap to guide us through and that if we are to run this race and clinch the prize, we must incline our hearts to the word of God – the supreme leader --- for directions.

The purpose for which God made man is captured in the Book of Genesis: “The Lord God took the man and put him in the Garden of Eden to work it and take care of it.” (Genesis 2:15) Man was merely a caretaker of God’s creation. His dominion was “over the fish of the sea and the birds of the air and over every living creature that moves on the ground.” (Genesis 1: 28)

In the interim, man has cultivated an independent spirit in a bid to become his own master and encountered nothing but a myriad of problems laid down for him by God’s archenemy, Lucifer. That rebellious spirit did not shoot out of the God who had “created man in His own image” (Genesis 1:27) and likeness. When man decided to side with Satan, he literally opted out of the relationship he had with God who used to come to the Garden ‘in the cool of the night’ to visit.

One day He came to visit and could not find Adam and Eve for they were in hiding. They had engaged with Satan in disobedience to God’s instructions – “You are to eat from any tree in the Garden; but you must not eat from the tree of the knowledge of good and evil, for when you eat of it you will surely die.” (Genesis 2:16-17)

Ever since man sold his soul to the devil, his unending wanderings had taken him from pillar to post in a desperate search for a solution (knowledge) outside of his Maker, God. Over the ages, man has not changed. All he has succeeded in doing is in pursuit of a better life without the Life-Giver. In this regard, he has amplified the problem to the extent that he has usurped the place of the Creator. Man considers himself God. He is now bent on futile endeavours of wanting to recreate himself manually. What the psalmist has qualified: “I praise You (God) for I am fearfully and wonderfully made.” (Psalm 139:14) Job describes the process of creation thus: “Your hands shaped me and made me. Will You now turn and destroy me? Remember that you moulded me like the clay. Will You now turn me to dust again? Did You not pour me out like milk and curdle me like cheese, cloth me with skin and flesh and knit me together with bones and sinews? You gave me life and showed me kindness, and in Your providence watched over my spirit.” (Job 10:8-12)

God will work His purpose out in this world even though man in his disobedience has given it to the destroyer as a result of his foolishness. God’s purpose for man is that he discerns the evil intentions of Satan whose mission is to wreck people’s life. Those who have obeyed him or have submitted to his lies come to realise it when it is too late. “The thief comes only to steal and kill and to destroy;” In contrast to our Lord Jesus’ mission, stated thusly; “I have come that they [you] might have life and have it to the full.” (John 10:10)

Satan is a killer, sin a killer-disease. The apostle Paul asked this question; “Shall we go on sinning so that grace may increase?” (Romans 6:1) His candid response was, “By no means! We died to sin; how can we live in it any longer?” (Romans 6: 2) He pursues: “For we know that our old self was crucified with Him so that the body of sin might be done away with.” (Romans 6:6)

The Scriptures admonish that we must die to sin in order to live eternally. “Because anyone who has died has been freed from sin.” “Therefore do not let sin reign in your mortal body so that you obey its evil desires. Do not offer the parts of your body to sin, as instruments of wickedness, but rather offer yourselves to God, as those who have been brought from death to life; and offer the parts of your body to Him as instruments of righteousness. For sin shall not be your master, because you are not under law, but under grace.”  (Romans 6:12-14)

As the Creator, God has the final say on His creation. In the past He said it through His prophets, but in the present instance He is saying it through His Son who is “the image of the invisible God, the firstborn over all creation.” (Colossians 1:15) -- “His Son whom He appointed heir over all things, and through whom He made the universe. The Son is the radiance of God’s glory and the exact representation of His being, sustaining all things by His powerful word.” (Hebrews 1:2-3)

God is both the Beginning and the End, “Without Him, nothing was made that was made” (John 1:3) which includes us. He has the final say over our lives. It is time we listened to Him, if only for our good. 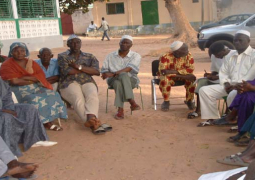 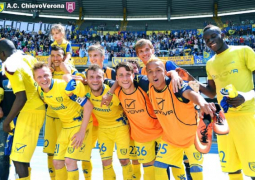