Mr. Lamin Sanneh, the Governor of Western Region yesterday Monday 20th July 2009, appeared at the Brikama Magistrate's Court before Magistrate Mahoney, where he testified in a criminal case involving one Alhagie Dembo Jarjue, who is standing trial against the State on charges of impersonation and giving false information to a public officer.

In his evidence-in-chief, the Governor told the court that he recognised the accused person as one of the biggest political bigwigs of the APRC party in Kombo Central.

According to the testimony of Governor Sanneh, on 18th March 2009, the accused wrote to the President's Office a petition that he is the first APRC Constituency Chairman in Kombo Central.

The Governor told the court that, he agreed with the accused but when he told him that he was the first APRC Constituency Chairman in Kombo Central, he disagreed with him in principle.

The Western Region Governor stated that last year he received a letter from State House informing him about the political problem in Marakisa ward, which he assumed was reported by the accused, Alhagie Dembo Jarju.

He said based on the allegation, he was assigned with the support of the Minister of Local Government and the then Minister of Fisheries, Yankuba Touray, the Director General of GRTS, Alhagie Modou Sanyang, Chief of Kombo Central, Alhagie Dembo Santang Bojang, to go and settle the problem.

"When that happened, I then called the accused Alhajie Dembo Jarjue to find out what has happened", he said, adding that the accused in reply, told him that there was a problem in Marakisa.

"I asked how can we solve it, and the accused told me that he, I and the National Assembly Member can solve it," he stated.

Since then, he said a series of meetings have been held with the Alkalo, the Ministers of Interior; Works Construction and Infrastructure, all of whom, he said, joined him in resolving the problem.

At that juncture, the case was adjourned to 5th August 2009. 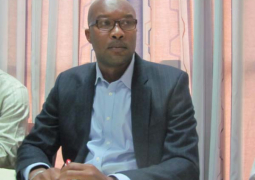 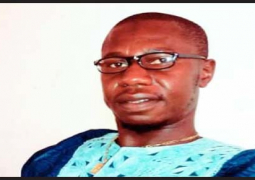