The Western Region Disaster Management Committee recently distributed items worth over D42,000 to year's disaster victims in the region.

Speaking at the presentation ceremony, held at the Governor's office in Brikama, Serign Modou Joof the secretary of the committee said that the selection of the beneficiaries was based on the extent, the nature and the severity of the disaster that affected them.

For his part, Governor Lamin Sanneh of Western Region, who also doubles as the committee chairperson, used the opportunity to thank the National Disaster Relief Committee under the office of the vice president for the making the donation possible. He reaffirmed the government's commitment in improving the livelihoods of Gambians. He advised people to avoid settling on waterways.

Lamin Suso of Kombo Kerewan, on behalf of the beneficiaries, thanked the Western Region Disaster Relief Committee for the support. He stressed that the aid will go a long way in elevating their living conditions. 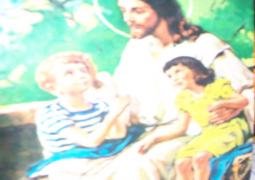