As part of the second round ties, on Saturday 11 April 2015 the reigning champions Jambanjelly United will host Brikama at the Jambanjelly football field. The Jam-city boys are in 5th place in the league and will be hoping for a win to mount pressure on league leaders Gunjur United.

Brikama United are currently occupying mid-table and will be hoping for revenge after losing to Jambanjelly United 2-1 in the opening game in January.

Sanchaba Sulay Jobe Football Academy will play against Nema Youths in an all-Kombo North derby game at the Dembadou mini stadium. The Academy boys are struggling at second place from bottom, and will be coming all-out for a win against Nema Youths to bag the vital three points to move away from the relegation zone.

Nema Youths are three places above the relegation zone, and will be aiming for victory against the Academy boys in order to improve their position in the league.

Elsewhere, Nema United will clash with Busumbala in an all-Kombo North derby clash at the NemaKunku football field. Nema United are in second place above the relegation zone, and will be fighting for a win against Busumbala to boost their position in the league.

Busumbala are third placed, and will be vying for a win against Nema United in order to mount pressure on league leaders Gunjur United.

Gunjur United are leading the race, and will do all it takes to grab the vital three points to rejuvenate their lead. 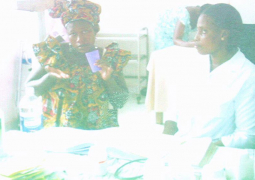