A resident of Wellingara, Alieu Saidykhan, is now awaiting trial for allegedly fracturing the hand of one Musa Jarju.

Alieu is alleged to have fractured Jarju's hand after having grown suspicious that his mobile phone had been stolen by Jarju.

His case will now go to a full trial following his denial of the charge leveled against him.

Alieu had invited Jarju to his compound, locked the compound gate and twisted his hand to an extent that it broke, the particulars of the offence say.

The case, to be presided over by Magistrate Kumba Sillah-Camara, is expected to resume on the 25th of July 2008. 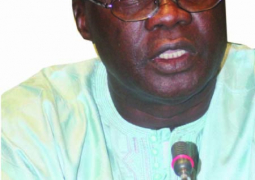