Despite his side's 0-0 draw with Bakau giant Steve Biko in the Week Seven encounter in the ongoing GFA premier league last Sunday, at the Box Bar Mini-stadium. The Head Coach of the current league leaders, Peter Bonu Johnson, said they would do all efforts to make sure they maintain their position in the ongoing GFA First Division league.

Coach Bonou Johnson made this remark in an interview with Pointsport shortly after the game.

He pointed out that his team had missed a series of goal scoring chances in font of their opponents' goalmouth, only to squander all their chances away.

He further pointed out that his boys are really ready and determined to perform to the best of their ability, assured that they would certainly make their fans glad.

He thanked his fans for cheering the team from the start of the game and thanked his boys for a spectacular performance against Steve Biko. 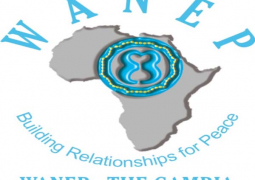