Jawor Keita, who worked as an investigator in the case involving ex-Chief Justice Joseph Wowo, yesterday told the Special Criminal Court that they were assigned to investigate the conduct of Justice Wowo during his tenure in office as Chief Justice.

Officer Keita was testifying as the first prosecution witness in the trial of Justice Wowo and former Justice Minister, Lamin A.M.S. Jobarteh, which commenced at the Special Criminal Court in Banjul before Justice Emmanuel Nkea.

The commencement of the trial comes barely twenty-four hours after the former top justice officials were slammed with a thirteen-count charge, which included abuse of office, conspiracy to defeat justice  and interference with witnesses, offences relating to judicial proceeding, to giving false informing to a public officer; charges they denied.

The first prosecution witness (PW1), Jawor Keita, is a police officer attached to the major crime unit at police headquarters in Banjul, and he told the court that he know the 1st accused person, Justice Joseph Wowo.

“I cautioned Wowo and obtained a cautionary statement from him in connection with the allegation leveled against him. We were assigned to investigate the conduct of the former Chief Justice Wowo during his tenure in office,” officer Keita said.

“The second issue was in connection with Amie Bensouda, which related to the petition letter allegedly written by Justice Wowo to the NIA,’’ he said.

“On the issue in connection with Amie Bensouda, I cautioned him, but Wowo preferred to write his own statements,” officer Keita added.

The state counsel then applied to tender the said statements in evidence as exhibits, but the defence counsel, Ozuma, raised an objection on the grounds that there was no proper foundation laid and urged the court to reject the statements.

He added that the documents are relevant, and urged the court to admit them in evidence as exhibits.

The defence objection was overruled by the trial judge.

Under cross-examination by defence counsel Ozuma, the witness insisted that they were investigating the conduct of ex-Chief Wowo during his tenure in office as the Chief Justice.

“We received a letter from the Office of the President, authorising us to carry out the investigation, and the said letter was signed by Dr Njogu L. Bah, the then Secretary General and Head of the Civil Service,” he said.

Officer Keita added that he saw the copy of the petition, which the 1st accused wrote to the NIA, but he did not have the copy as a member of the panel of investigators.

“We came out with a report, but I did not have the copy of the said report. All I know is that a copy of the letter should be in the case file which was sent to the AG’s Chambers for legal advice,” he added.

The defence counsel, Ozuma, at this juncture, applied for an adjournment.

The case was then adjourned to 28th August 2013, and the trial judge ordered the state to furnish the defence counsel with the investigation report.

He further ordered for Wowo to see a doctor forthwith, and that a copy of the court’s order should be served on the prison authorities.

This followed a complaint made by Justice Wowo that he was not taken to the hospital. 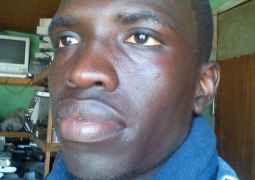