Gunjur United and Sanchaba Sulay Jobe United were defeated in their previous outings against KGH Sports Football Academy and Fortune prior to their Friday’s clash in the West Coast Regional third tier.

Gunjur United opened the scores through winger Mbemba Fatty alias Andreas Iniesta in the first minute of the game from the penalty spot after Simon Bass alias Super Changa was brought inside the eighteenth-yard box to give his side the lead and also increase his goal-scoring tally to three goals in four league matches.

Simon Bass netted the second goal for Gunjur United midway into the second half, which eventually proved to be the winner for the South boys.

The win has earned Gunjur United 9 points in four league matches with a game in hand against Kombo Kerewan set for Tuesday 16 February 2016, at the Gunjur Nyamina football field. 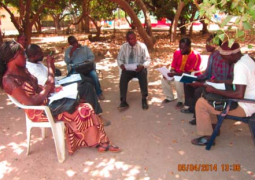