“Could you men not keep watch with me for one hour?” He asked Peter. “Watch and pray so that you will not fall into temptation. The spirit is willing but the flesh is weak.” (Matthew 26:41)

These moments were the last days in the earthly life of our Lord Jesus before facing trial and the cross. He had taken His disciples with Him to the Garden of Gethsemane for a time of meditation and prayer. It was late in the day though. He alone knew what lay ahead for Him, what He would suffer in the hands of His enemies and He agonised at the thought of it.

His disciples did not have the faintest notion what He was going through; sleep had overcome them. He had withdrawn from them to pray. Twice when He returned, they were fast asleep.  And so He questioned Peter, the ring leader, whether they could not resist sleep just for one hour. Then He gave them this piece of advice. “Watch and pray so that you will not fall into temptation. The spirit is willing but the flesh is weak.” (Matthew 26:41)

The word ‘watch’ means to observe, to be alert to physical and spiritual danger. Was Jesus warning Peter about the temptations he would be facing, temptations that only watchfulness and prayer could overcome?  Temptation is Satan’s forte. He is waging an all out war on believers so that they would fall and fail in their earthly mission. Only constant vigilance in this regard can save one from falling, from becoming prey to Satan lies, tricks and deceit. That deceit started in the Garden of Eden where he lured Eve to eat the forbidden fruit.

It is not any different in our day, Satan and his cohorts are on a rampage seeking to “steal and kill and destroy” lives. (John 10:10) We have to be on our guard and be spiritually equipped to fight back. James advised; “Submit yourselves, then, to God. Resist the devil, and he will flee from you.” (James 4:7) To do so would mean engaging in spiritual combat, because we are fighting against an organised force. Paul teaches; “For our struggle is not against flesh and blood, but against the rulers, against the authorities, against the powers of this dark world and against the spiritual forces of evil in the heavenly realm.” (Ephesians 6:12)

This matter should not be taken lightly. Temptation will strike when we least expect it and we cannot resist it on our own. We need God’s strength to help win this battle and that can only be achieved through prayer. Prayer is an essential weapon in the combat if we are to defeat Satan’s power over us.

Be on your guard

Watchfulness becomes an attitude for our survival. Just as a soldier would cautiously watch his steps in a war zone, to avoid having his limbs blown up by a mine, so also must we “Be self-controlled and alert. Your enemy the devil prowls around like a roaring lion looking for someone to devour.” (1 Peter 5:8)

Temptation can come our way when we least expect it. Therefore we should always be on the alert, always on the look out. Sleep and drowsiness get in the way of our alertness and become a setback. Paul exhorts: “You are all sons of the light and sons of the day. We do not belong to the night or to the darkness. So then, let us not be like others, who are asleep, but let us be alert and self-controlled.” (1 Thessalonians 5:5-6) The influence of sleep can impact our lives negatively.

Like a shepherd watches over his flock to ward off robbers and wild animals, we also must look out for wolves in sheep’s clothing that would seek to devour the flock. “Be on your guard. Keep watch over yourselves and all the flocks.” (Acts 20:28,30) They come in all forms. Satan, the ruler of darkness, the tempter and the evil one, appeared to Eve as a serpent.

We should watch where our feet take us; what we look at and listen to. What we say, the things that rule our bodies and the companies we keep, determine under whose influence we are. These are death traps that may not look dreadful in appearance yet, can deal a death blow that could wreck our lives.

Satan uses the element of surprise to achieve his goals. No sooner we drop our guard and cease to be vigilant than disaster sets in. It is an on-going battle that the believer should win because we serve an almighty God who is more powerful than Satan. To lean on our own understanding could be dangerous. Paul warns: “If you think you are standing firm, be careful that you don’t fall.” (1 Corinthians 10:12)

Prayer is a powerful weapon put in the hands of the believer, which unfortunately we hardly make use of; except when there is a crisis. In ordinary times, we put God aside and strive to take care of business ourselves, but do not get far. Again the apostle Paul admonishes: “Devote yourself to prayer, being watchful and thankful.” (Colossians 4:2)

Satan would stop at nothing. He even made vain attempts to tempt our Lord Jesus so that His mission would be aborted from the onset. He promised Him earthly riches and power if He would bow down to him. He further requested him to show His supernatural powers in order to acknowledge that He is the Son of God. (Matthew 4) To each of Satan’s tactics our Lord Jesus had the appropriate answer that was Scripture-based; “It is written.” He opposed the Word of God to that of Satan. Our Lord Jesus was no match for him. So he failed miserably in his hidden objective.

‘Watch and pray’ is not only an instruction for our good, it is a tool for combat. Believers are often duped by Satan’s ruse because they are not smart to the ways of the world. Our Lord Jesus offers an effective remedy that would enable us to triumph. Watch and pray at all costs. It strengthens the spirit in a situation where the flesh can hold no longer. 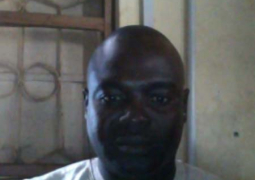