Police Prosecutor Sub-Inspector Fadera on vehemently opposed bail in the criminal case involving one Jim Jobe, who according to the charge sheet, is charged with threatening to kill one Ebrima Barry with a cutlass at Dippa Kunda.

He, however, pleaded not guilty.

The case was presided over by Senior Magistrate Sainabou Wadda-Ceesay of the Kanifing Magistrates' Court.

Magistrate Wadda-Ceesay then remanded the accused person in custody before adjourning the case until , when the prosecutor is expected to call his witnesses to give evidence. 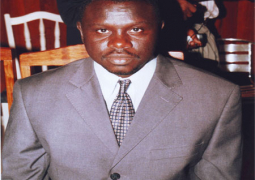 The Journalist as an Endangered Species