Wallidan on Friday defeated Young Africans 4-0 in the week-five fixtures played at the Banjul KG5 Mini Stadium to recover in the 2016-2017 Gambia Football Federation second division.

Wallidan recently slumped in the country’s second tier gripping one victory and one draw in their four league outings after their Friday’s crucial fixtures against fellow Banjulians Young Africans, who were unbeaten in four league matches.

The blue boys needed a win against Young Africans to increase their chances of regaining promotion to the top flight next season following their relegation to the second tier after a woeful campaign in the top flight last season. They did manage to bounce back after scoring four goals to snatch their second win in the campaign.

The defeat was Young Africans’ first-ever defeat in the second tier since the start of the league campaign last month. 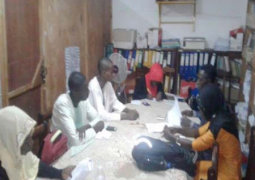