Two years after The Gambia was selected to host the secretariat of the nine-nation Zone A of the West Africa Football Union, Wafu, the sub-regional body is now reported to have finally got an office. It is located at Bakoteh not far off the new fish market.

This development came to light following the recent unpublicized visit of the president of Wafu Zone A, Augustine Senghore,who is also the Senegalese football association president.

Mr Senghore flew into Banjul last week to view and complete arrangements for the office, ahead of an expected inspection visit by the Confederation of African Football, Caf.

Though there has not been any public statement about his visit, he was reported to have visited the Ministry of Youth and Sports and met officials of the GFF. He is expected to come back in the near future.

In 2011 at a meeting in Accra, Caf agreed to split the dormant 16-nation Wafu body into two, with The Gambia chosen to host the secretariat of Zone A, the biggest, containing nine nations.

Zone B, containing the reminder of West African states, is based in Abidjan, Cote d’Ivoire, with Aka Malan as secretary-general.

Gambia Football Association president Seedy Kinteh was nominated to be president of Zone A, but he declined and lobbied for the secretariat to come to The Gambia instead, while Senegal got the presidency.

Ghana Football president Koffi Nyantanga was made president of Zone B.

At a subsequent meeting of Wafu in Dakar, Senegal, a Gambian Jammeh EK Bojang, was appointed secretary-general of Zone A.

However, since then no activity or office has been available, even after Caf provided funds to purchase an office back in 2012. Equally, no other appointments have been made in the secretariat.

When asked why Zone A has been dormant since then, Jammeh Bojang said: ‘’Plans to buy an office had started since a long time now, but the initial property identified was sold before arrangements were completed, and the search for another had been on going until recently when we got this one in Bakoteh.’’

On why no one, except him, had been appointed to the secretariat since two years now, Bojang said the authority to appoint people rests on the shoulders of the executive committee.

He said he would have to do the recommendations for appointments of qualified personnel to the offices.

On how soon one can expect Wafu Zone A to go into action, Bojang said Zone A was planning a youth football championship this May to be staged in Senegal.

Meanwhile, the former president of the GFA, Seedy Kinteh, in rare comment on football said he is personally delighted to know that Wafu Zone A is now a reality in The Gambia.

‘’I had looked forward to this day, and I’m happy that I live to see it,’’ he concluded. 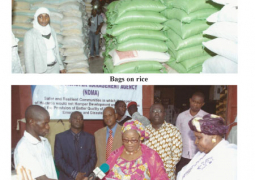 Nigeria reaches out to Gambia 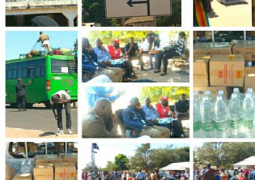 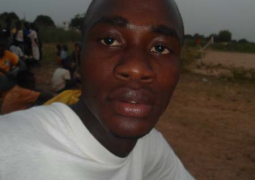