Speaking on the occasion, the vice president said the Gambia government under the leadership of President Jammeh and her Ministry has recognised and acknowledged the valuable effortsTry Oyster Women Association are making towards national development.

She implored them to continue their hard work, while pledging her ministry’s continued support to the association.

According to her, despite the risk involved in the harvesting of oyster, the women had continued to champion the course of mangroves protection and maintenance t in the ecosystem for the benefit of all.

She commended Fatou Janha, coordinator of Try Oyster, for her commitment and for winning the equator award out of eight hundred associations globally, urging them to continue the hard work to ensure they achieve their desired goals.

For his part, Ousman Drammeh, USAID/Ba-Nafaa project manager, hailed Try Oyster for their relentless efforts and hard work, despite all the challenges, and for honoring the closure of oyster harvesting for the required period to enable the oysters grow in size for better price in the market.

Ms Janha, coordinator of Try Oyster,says the event is organized annually to raise funds to support the activities and programmes of Try Oyster to realize its targets which include advancing and enhancing the livelihood of its members.

She said part of the funds raised would be used to create credit facility for the women during the oyster off-season, as well as provide alternative livelihoods for members of the association in a form of micro-finance credit to engage them in petty trading during off-seasons.

“Part of the funds raised during the festival will be used to build the Try Oyster Centre and the rest will be used as a credit revolving funds for the women members during oyster off-seasons to engage them in livelihood activities to earn a living” she added.

The centre will accommodate processing, training and teaching handicrafts for girl dropouts on marketable skills for self-employment, thus reducing the problem of unemployment in the country.

According to her, Try Oyster Women Association comprises 15 groups from Wencho to Kamalo. These include Wencho, Faji kunda, Jeshwang, Lamin, Abuko, Kamalo, and Daranka, with over five hundred members, who depend on oyster harvesting for their livelihood and family welfare.

One of the reasons Try Oyster Women Association was formed is to support and coordinate oyster harvesting and look for market opportunities, while providing its members the required knowledge and skills on how to maintain the environment as well as sanitation and hygiene for oysters to meet the standards that will earn them better price for their stock.

Madam Janha commended President Yahya Jammeh for giving them D100,000 last year, which they used as seed money to support Try women in terms of micro-finance loans to also involve in some petty trading activities for alternative livelihood. She therefore assured President Jammeh and the government of their contribution to nation- building.

She also thanked all those who in one way or another supported them in their fund-raising programme to make it a success. She gave special thanks to President Jammeh and his government, USAID/Ba-Nafaa, Action Aid, National Association of Cooperative Credit Union of The Gambia (NACCUG) and all the stakeholders of their field for their unflinching support.

Oreme Joiner, board member of Try Oyster, underscored the significance of the event, saying it is an annual oyster festival for fund-raising to mark the official temporal closure of oyster harvesting until October.

According to him, the temporal closure of oyster harvesting enables the young oysters to grow big and reproduce more for better market supplies, as well as to protect the mangroves and reduce concentration on the ecosystem.

Yayah Colley, programme officer at NACCUG, who served as master of ceremony for the occasion, said he was impressed with the level of enthusiasm and commitment of the women of Try.

According to him, NACCUG had created a traditional saving scheme called ‘Condaneh’ for each woman, where they will keep their daily income till the end of the month, before depositing it into their accounts for safe keeping.

He also said the cumulative savings of the women is over D200,000 and each member has an account in her name.

Mr Colley called on well-wishers, philanthropists, the business community and international organizations to come forward and support the Gambian women in their worthy cause, while thanking all those who have in one way or another contributed to the success of the event. 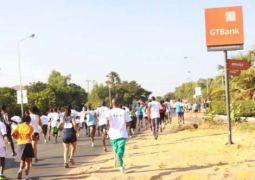