The Vice President, Isatou Njie Saidy, has called on the Gambian law graduates to serve the nation and the people with self-less dedication, honesty and integrity.

“You owe it to your people and country,” she said.

Mrs  Njie-Saidy was speaking Monday during the graduation ceremony of 21 law students, Gambian and non-Gambians, held at the High Court Complex in Banjul.

“As I always say, there can be no development without peace and security. But peace and security do not fall from the heavens. They have to be created and nurtured through social imperatives like the rule of law and the equitable dispensation of justice,” she added.

She noted that for the rule of law to prevail and for justice to guide our actions toward the common good, all Gambians and non-Gambians everywhere in this country must have access to justice.

“This is a challenge we must surmount together by, among other things, establishing the necessary infrastructure for effective justice delivery, and maintaining a critical mass of trained professionals to deliver justice to the doorstep of every Gambian,” she said.

“Together we must establish a justice delivery system that is people centered and reflective of our national aspiration and our cultural norms and values”, she further stated.

“You who have been called to the Bar should see yourselves as an integral part of a holistic legal framework designed to bolster peace and security for national development. You must be willing to assist the less fortunate, and to contribute your quota to making this world a better place for all, irrespective of social status or ethnic origin,” the VP continued.

She said this was a solemn duty they owe to their nation and people, a duty to be performed with the greatest humility and altruism, adding that they must continue to strive to earn the respect and confidence of people.

In her address to the graduates, Chief Justice Mabel Agamang commended the government for establishing the law faculty and the University of The Gambia (UTG).

She added that this has been the second batch of law students called to the Bar from the UTG law faculty, adding that the importance of having a law faculty is to have positive impact in the sustainable development of the country.

She urged the new members of the Bar to adhere to the code and conduct of the legal profession.

The Attorney General and Minister of Justice, Mama Fatima Singhateh, said the Gambia Law School was established in 2011, after the Gambia government decided to invest once more in the educational and legal system.

She pointed out that an initial sum of D7 million was invested for the establishment of the law school in 2010 and, in addition to this, over D1.5 million was also spent on the Law School, and this amount consisted of a subvention from the government.

The Justice minister further disclosed that every year, the executive provides an estimated over forty million dalasi, in addition to other resources, for the effective running of the judiciary, all in a bid to ensure access to justice by all.

She further stated that the graduates are now legal practitioners in their own right with unlimited access to all courts of law, and this privilege comes with a great responsibility towards their clients and society at large.

She advised and encouraged the new lawyers to be guided by the code of conduct for legal practitioners in The Gambia.

“By calling you to the Bar we are presenting you to the public as professionals with honesty and integrity, and those responsibilities must be taken very seriously,” Minister Singhateh declared. 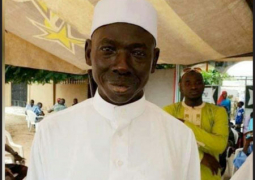 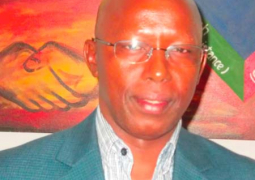