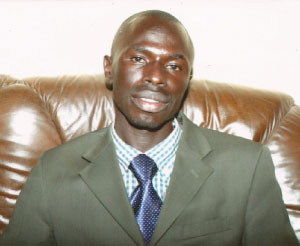 The independent candidate for Ebo Town-New Jeshwang ward in the forthcoming Local Government elections has called on the people of his ward to vote for change for development.

Modou I. Cham, who has embarked on a house-to-house campaign ahead of the April 4th polls, said in an interview with The Point on Sunday that voting for him means voting for change, for more prosperous development for the people of Ebo Town-New Jeshwang ward.

‘We are in the decision- making process and party ideologies are not what important at the moment. The most important thing is for the people to vote for an effective and development-oriented candidate, who will understand the role of a councilor,’ Cham, who contested and lost in last year’s parliamentary elections for Jeshwang constituency, stated.

Cham also vowed to lobby for certain projects for the people of his ward, noting that for the youth and women, he will lobby for more skills training projects.

‘I will also work hard to make sure that the development of sporting activities like football in my ward is given a priority,’ he said, adding further that he would also work towards making sure that the people of his ward unite in the interest of development.

While urging his supporters to maintain the peace and unity throughout the election period, the Ebo Town-New Jeshwang independent candidate called on the electorate to come all out and vote massively for him.

Modou I Cham will be challenged by APRC’s Kebba Ceesay.

Meanwhile, campaigning ahead of the polls continued across the country with politicians canvassing for votes in their respective wards. 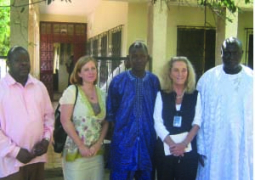 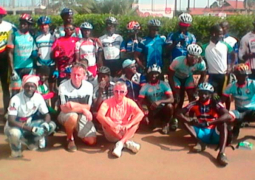