The volleyball knockout competition organised by the Gambia Volleyball Association (GVBA), will Saturday 5 February 2011 reach its climax at the Gambia Senior Secondary School Volleyball Lawn in .

Musa Casa Taal, president of the GVBA, says there is a slight change in the timing from the one previously stated, meaning the final will kick off at 3pm instead of 7pm because of lighting system.

He added that six male teams and five female teams within the Greater Banjul Area competed in the National Volleyball League competition.

Taal said there will be a procession throughout to sensitise the public about the knockout final, facilitated by the GVBA and Timeless Group. "That will be the first of its kind," the GVBA president said.

He added that there would be consolation prizes for the winner, the runners-up and the third place occupant, in both the male and female categories.

"The day will also witness a presentation of medals and certificates to participants at the end of the programme," said. 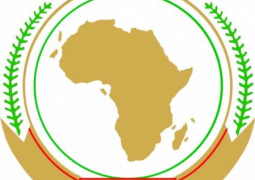 AUPSC calls for cessation of hostilities in South Sudan, CAR