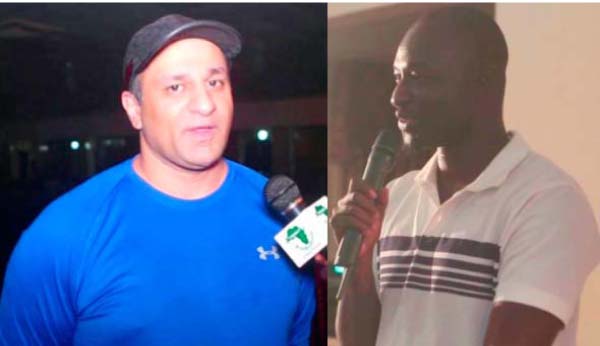 Vision International has promised to be the biggest company in The Gambia by offering what other existing companies do not provide.

Officials of the company made this assertion during a lecture session recently held at the Paradise Suites Hotel.

In his welcoming remarks at the lecture session, Mr Sarr said: “We have been quiet until now so it is safe to say Vision International is coming out of the shadows in a big way because we are going to be the largest employer in The Gambia.”

According to him, the word ‘Gambia’ is synonymous with mass emigration and a huge brain drain but with ventures such as Vision International the rate at which people leave the country would be curbed.

He said with Vision International, Gambians who have already left the country would be encouraged to return and take advantage of the opportunities the new Gambia has to offer.

“I want Gambians to know that there is a new career opportunity for people with great writing skills on the internet; anyone interested in acquiring the skills of writing on the internet can contact Vision International for more information about a training programme that we will be rolling out in the near future,” Mr Sarr said.

“Already, Vision International is hiring writers for the purposes of its online content, which is its core business in The Gambia. Vacancies are available for both part-time and full-time employment and everyone interested is encouraged to apply.”

The guest speaker for the well-attended lecture session was Com Mirza, a billionaire, who gave an inspiring presentation on his journey to the top of the world from humble beginnings as a pizza boy in Ottawa, Canada.

The session attracted a number of young entrepreneurs who listened in pin-drop silence as Mr Mirza explained how he persevered through several failures but ended up being a shareholder in several companies that are now household names such as Airbnb and carpooling giant, Uber.

Mr Mirza called on the young and aspiring entrepreneurs to face up the challenges and never give up because he did not give up, even after failing nine times and with a lot of debt, he eventually succeeded in establishing companies all over the world.

Rocky Mirza, founder of Vision International, said he has a vision that Gambia would no longer only attract tourists looking to enjoy the natural riches of the country, but would also attract recruiters from top companies all over the world looking for the special skills to succeed in today’s business world.

He said his company was started in The Gambia with a handful of writers one year ago but it has grown to over 50 employees.

He noted that such growth would not make sense if he had not strongly believed in the talents in The Gambia.

“Those who have communication skills will be hired right away while those with average experience in communications can be trained and will be guaranteed employment upon completion,” he said.

Why money laundering, terrorism financing must be combatted