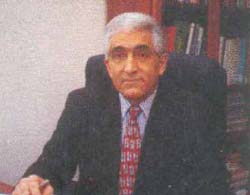 Dr Azadeh How would you explain the violence against children in the ?

Please allow me to start with the recent WHO definition of violence against girls. Violence is defined by World Health Organization ( WHO) as "all forms of abuse (physical, mental, emotional, direct, indirect etc) against girls  under 18, schooled, or of school age.

I am afraid I must furthermore answer your question about The Gambia with a simple word that The Gambia is not an exception if it comes to violence against children as the very recent case of rape that posed of deeply shocking news in Daily observer only a few days ago. The newspaper report said: that a 20-year-old man raped a 5-year-old girl at Bakau area not far from The Point office. Having lived in the The Gambia long enough, this incident has not been the very first case of violent against children and it will not be the last too.

Media survey by Action Aid: Violence against girls in schools in the from January, February, march 2010.

Twelve (12) cases of violence and one analytical article on VAGS were documented.

•           Eight (8) rape of minors including one case with kidnapping and another one with serious physical after-effects;

Ten cases of sexual abuse and two analytical articles  were published in the Daily observer.

Type of Abuse  and Site

The reported cases of abuse were exclusively cases with one leading to the victim’s being pregnant. They occurred at Bundung in the Municipality; at the Children’s in Bakoteh; at Lamin Darang; at in Kotu; at Fajara (KSMD); at Bundung; at Tobacco Road (); in the of in Kombo North District, and in the (Kombo District).

The perpetrators were unknown to the victims. However, three recorded cases were perpetrated by the victim’s foster mother (Children’s ) who used to force the 13-year-old girl to watch pornographic movies and had a sexual relationship with her.

Violence is found in school, institutions  (such as orphanages and other residential care). On the streets, in the workplaces and in prisons. Children experience violence against children leads to death every year, but most often the violence does not leave visible marks. Yet it is one of the most serious problems affecting children today.

Violence can have severe implications on children’s development. In the severe cases, it can lead to injuries and even death. However, it can also affect children’s health, their ability to learn or even the willingness to go to school at all. It can lead children to run away from home, exposing them to further life threatening risks. Violence also destroys children’s self-confidence and can undermine their ability to good parents in the future. Children subjected to violence have a heightened risk of depression and suicide in later life.

The Child Protection Alliance (CPA) Representative in The Gambia, which supported by UNICEF emphasized in a workshop on sensitization on “violence against children in the ” sharing the main finding and recommendations of the United Nations on this important issue in The Gambia on 20 March 2009.