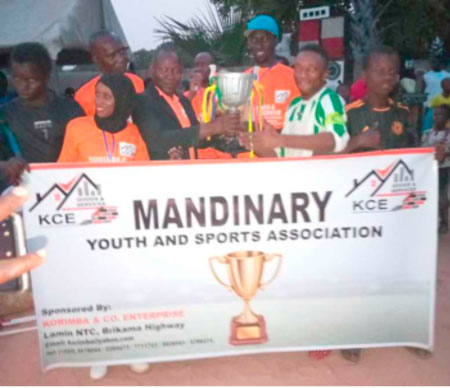 They emerged as winners with a 5-4 penalty shootout win over Lamin Nema FC following a goalless draw on regulation time.

This year’s tournament was bank-rolled by Koringba and Co. enterprise.

Speaking to reporters, Lamin Kambi, Public Relations Officer of Mandinary youth and sports association said despite some challenges they faced, they have staged the knock out tournament peacefully. He called on players to maintain discipline towards the referees during matches.

103 Deportees Sent Back to Spain