Speaking to them at The Point offices, GVBA President Casa Taal expressed delight about the visit, saying association’s aim is to develop and promote volleyball across the country.

He noted that the UTG can partner with the GVBA in promoting or developing volleyball and sport in general.

He also spoke about the need to organise a clinic for referees, coaches, administrators and UTG Students’ Union committee members, saying from this clinic they could have their own trainers.

Casa revealed his willingness to link UTG Students’ Union with Dakar University of Sports in Senegal, adding that his association is also willing to help with the required materials to develop volleyball at the UTG.

He prayed for the relations between UTG Students’ Union and the GVBA to continue to go from strength to strength.

Saikou T. Ceesay, sports minister of the UTG Students’ Union, said their aim is to create and foster unity among UTG students, adding that they hope to achieve that through sport.

He also said they have been organising football and basketball tournaments but felt they should include volleyball.

He however said it would be difficult to stage a successful tournament with the little knowledge they have on the game as a committee which was one of the reasons they visited the GVBA president for more guidance.

It is part of their aims to improve the standard of volleyball at the UTG, he said, adding that they are always willing to learn for the GVBA president. 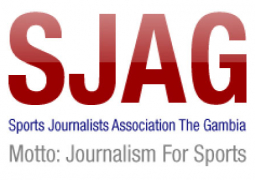 Lang Tambong, nine others to appear in court today