The University of The Gambia (UTG) on Monday held an orientation session for its new intakes at the university campus in Brikama.

At the event, five hundred and thirty students were briefed about the UTG, its faculties, programmes and courses.

In his welcoming remarks, Momodou Lamin Tarro, acting-registrar of the UTG, said the purpose of the gathering was to integrate the new students in the intellectual, social, cultural programmes of the university.

He also urged the students to respect the school rules and regulations as well as the UTG staff and authority.

Speaking at the session, Professor Muhammad Kah, Vice Chancellor of the UTG, congratulated the students, saying this was an opportunity for them and their families.

The vice chancellor underscored the university’s immense contribution to helping the country’s human resource grow, saying having the university is one of the best things that have happened in The Gambia.

“We owe a huge debt to the founder, President Jammeh, for his foresight and the continued support.

Professor Kah told the students the opportunities that exist at the university, saying the UTG works harder to provide opportunities for the young men and women.

“Every one of you has a great potential,” he told the students, saying they should consider themselves lucky.

Professor Kah urged students to work hard to meet the academic standards at the university, while describing the new intake has a class of mature students, some of whom have served in government and other offices.

The vice chancellor revealed that the university this year will witness the teaching of Chinese language, giving gratitude to the Taiwanese embassy and government and other partners for supporting the UTG.

“UTG is not only to acquire knowledge but also to solve social problems and eradicate poverty,” he said.

He encouraged the new intakes to make use of the chances at the university, saying they should manifest the quest for education.

Various deans and other senior UTG academic and administrative staff spoke at the event. 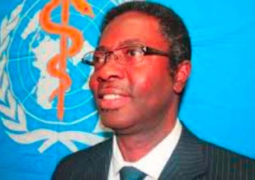