The of association, in collaboration with the visiting medical students from the , recently held a health conference.

Held at the Paradise Suites Hotel in Kololi, the conference had female reproductive health as its theme.

The conference was held to eradicate misconceptions surrounding female reproductive health implementing scientific evidence, to create a fluid environment where conference facilitators along with guest can engage in an open dialogue, eradicating dominance and gaining a clear prospective on the reality of reproductive health, and gaining the attention of and setting an example for youth of the Diaspora to becoming more proactive in contributing to the advancement of The Gambia.

Speaking at the ceremony Dr Ousman Nyan, Chief Medical Director of RVTH, commended the organizers for the chosen topic, and described the event as a good entry point between the university medical students and the Diaspora.

For his part, Dinseh Shukla, president of the , congratulated the medical students for organizing the event on a short notice.

He noted that the ’s mission is to give right education to their students.

They want to synergise all in utilizing any of their resources; this will give them support at all time, he said.

Mamasa Camara, pre-medical student from US, said they have bridged a gap through this collaboration, and although the bonds of medicine have served as the catalyst, this has brought them together with their Gambian counterparts studying in the country.

“We also hope that this collaboration will help awaken and encourage other Gambian youths of the Diaspora to become more proactive and engaged with Gambian affairs,” he said

She thanked the Vice President of The Gambia, Dr Aja Isatou Njie-Saidy, for “her undivided attention and effort in providing us with encouragement and linking us with the appropriate establishments”. 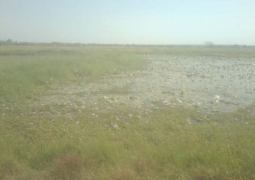