The University of The Gambia over the weekend held its 6th convocation ceremony, which saw the conferring of masters and bachelors degrees on 486 students, including nine of them, who underwent post graduate studies in African History.

The ceremony, held at the University of the Gambia Brikama Campus, also witnessed the awarding of diplomas and certificates to a staggering number of 897 Gambia College students.

Presided over by President Jammeh, who is also the Chancellor of the UTG, the ceremony was graced by the Vice-President, Aja Dr. Isatou Njie-Saidy, the Speaker of the National Assembly, Elizabeth Renner, Chief Justice Emmanuel Agim and cabinet members.

Speaking at the occasion, President Jammeh said the day marked a moment when all of us in our respective capacities, as stakeholders, friends of the university come together to recognise the efforts and achievements of not only the graduating students who have excelled academically, but also the university authority.

He congratulated the graduates for their academic achievements, noting that the occasion is an important opportunity to review the achievements, and to reflect on how to address the challenges that lie ahead of the university.

He tasked the graduates not to lose sight of the fact that their future success depends on how best they apply themselves by using the knowledge and experience gained from the university.

"There is no university on earth that can give you all you need to know in life. The university education is just the key to life and so the UTG has given you the key to life. Therefore, this is not the end of the journey, but this is the beginning of a very tough journey," he said.

President Jammeh expressed gratitude to the Vice-Chancellor of UTG, Professor Muhammadou M.O. Kah, the senate and the entire academic staff of the UTG for their dedication and commitment in equipping the graduates with quality knowledge.

He also lauded the integration process of the existing tertiary institutions into the UTG, saying that the motive is to have a stronger university that would suit the development needs of the country.

According to President Jammeh, with the country's own university, it is possible to graduate a substantial number of Gambians with a very reasonable tuition fee, as compared to the exorbitant fees charged by the overseas universities.

For his part, Professor Muhammadou M.O. Kah, the Vice-Chancellor of the UTG said the enactment and the establishment of a national university under the dynamic and visionary leadership of President Jammeh was a bold step undertaken to fulfil a longstanding desire of Gambians, and to respond to several years of advocacy, both within and outside the country for a university.

According to Professor Kah, President Jammeh has instituted a smart reform in the tertiary and higher education sector of the country, including the integration of the tertiary institutions into the university with a view to addressing the problem of access to quality and relevant education at all levels. He appealed for improved budgetary subvention to the institution, while acknowledging the huge support received by the UTG from the government.

Other speakers included Dr. Mamadou Tangara, the Minister of Foreign Affairs, International Co-operation and Gambians Abroad, who doubles as the Chairman of the UTG Governing Council, assured of his council’s commitment in utilising the best academic standing. 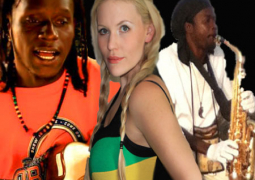 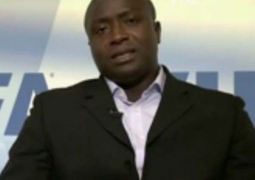