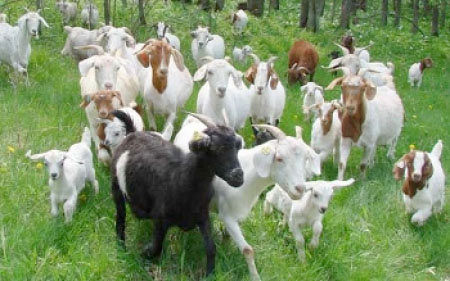 The Project Management Unit (PMU) of the Small Ruminant Production Enhancement Project (SREPEP) in partnership with the Central Project Coordination Unit (CPCU) under the Ministry of Agriculture last Friday began a five-day nationwide regional launch of the project that seeks to boost the production of small ruminant in the country.

The project is said to be the biggest and purely livestock production enhancement project that The Gambia government has ever secured from the Islamic Development Bank.

It seeks to increase the population of the small ruminants, alleviate poverty, food insecurity and provide job creation opportunities for both women and youth.

Giving an overview of the project during a launch held at various regions of the country, Mr. Mamud Njie, project director of SRPEP, said the project comprise various components, with set targets across the country purely on livestock production.

The project, he went on, plans to have its headquarter at YBK in the Central River Region, saying the project is funded by Islamic Development Bank and is a loan to the government of The Gambia.

He informed farmers that the four-year project also seeks to discourage the importation of small ruminants from neighbouring countries such as Mali and Senegal, thereby encouraging self sufficient in meat production.

According to Mr. Njie, the project through a value chain approach will cover production management, genetic improvement and diseases control, access to finance, infrastructure modernisation and human capital development.

Njie maintained that among the component A of the project includes production, processing and marketing facilities, which he added, is key as far as livestock production is concern.

The project, he went on, will cover thirty nine districts across the country, with the objectives of enhancing livestock production and productivity.

“The project will greatly embark on various activities in terms of building the capacity of livestock owners, butchers, dealers, construction boreholes, meat storage, markets and laboratory, provide medicines for small ruminants. The project also aims to work closely in collaboration with all the regional livestock directors and the regional governors and chiefs to ensure the success of this project”.

Speaking at the launch in Kerewan, Fabala Kinteh,  chief of Badibou, expressed appreciation to the government of The Gambia through the ministry of Agriculture for ensuring that livestock farmers in the country benefit from this project.

He described the project as one of the most essential projects as far as livestock production is concern, further advising the project management unit to ensue that there is a transparency in the implementation of this project within the region.

He also thanked the project management unit on behalf of the people of his region for this magnitude project that seeks to alleviate poverty and increase population of small ruminants.

At the Janjanbureh launch, Chief Bakary Jam-Jawo, applauded the government of the day for this magnificent project, which he said, will greatly help boost livestock production and productivity.

“We have no doubt that considering the project management team, this project will impact positively towards the livelihood of the farmers.”

He therefore challenged livestock farmers to work hand in glove with the project management unit to ensure its success.

For his part, Hon. Alhagie Sillah, a National Assembly Member also challenged the farmers to show more commitment and dedication towards the project.

He urged farmers to take ownership of the project and work in consultation with the regional livestock directors across the regions to ensure its success.

Elsewhere in Central River Region, Hon. Abba Sanyang, who was full of joy and appreciation with the coming of the project, said the launch was long overdue, considering the important role that the livestock sector plays in national development.

The CRR Governor also commended the Islamic Development Bank for sponsoring the project.

“We will not allow this project to fail in CRR, as it hosts half of the country’s livestock owners”. 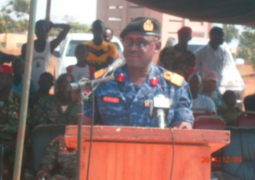