A team of officials from various government agencies that deal with drugs issues in West Africa arrived in last Tuesday for a week-long visit to work with The Gambia government officials in accessing the country's capability in dealing with the growing menace of international drug trafficking and other law enforcement issues.

According to the officials, the decision to visit The Gambia highlights the state department's commitment towards helping countries in combat the spread of narcotics in the region.

Speaking at a press conference held at the US Embassy last Wednesday, Ms Kiera Goldstein, the Foreign Affairs Officer at the state department told journalists that the United States government is very concerned about narco-trafficking in West Africa, especially cocaine trafficking.  She said though the vast majority of the cocaine comes from South America, destined for Europe, she said, this trend equally affects the United States and West African nations.

She stated that the proceeds of the cocaine transiting West Africa flow back to the same organisations that move cocaine to the , reinforcing their financial strength.

"Transit states in provide powerful examples of how damaging narco-trafficking can be.  High volumes of cocaine trafficking are a relatively new development in .  Looking at the Latin American experience highlights the dangerous effects trafficking can have on if not addressed," she told journalists.

According to her, is currently experiencing the security implications of its status as a transit state. She noted that Between December 2006 and late July 2009, there were over 13,000 drug-related murders in .  In 2008, she added, the government of had identified 2, 204 "zones of impunity" where crime was largely uncontrollable.

" is not yet suffering from high levels of drug-related crime, but the potential for this to develop is a concern. So narco-trafficking poses a security threat to West African nations and the region," she said.

Throughout Latin American transit states, she added, drugs have been a key driver of public corruption.  "In various parts of , we see that traffickers are establishing themselves in the region, establishing front businesses and working to develop relationships with government officials.  This is a threat to good governance," Ms Goldstein said.

She concluded by saying that the government is very much concerned about narco-trafficking in . 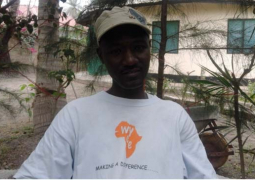