The US Ambassador to The Gambia, Barry L. Wells, yesterday began a tour of US Embassy-supported projects in the country.

The three-day tour, which kicked-off at Kerr Ardo village in the Lower Badibou district in the North Bank Region, saw the ambassador visiting five pit latrines, which were built at the cost of D42, 000 with funding provided through the ambassador's Special Self Help (SSH) program.

Speaking at Kerr Ardo, the Deputy Governor for NBR, Alhagie Abou Njie, thanked the US ambassador and staff for the initiative, which, he noted, is of immense help to the beneficiaries.

He assured the ambassador and his delegation that the facilities would be taken care of by the community.

Ambassador Wells in response said the project would surely change the lives of the people of Kerr Ardo. He noted that US embassy's projects are mainly focused on education, health and agriculture.

Other speakers at the Kerr Ardo meeting included Pullo Joof, the coordinator of the project, and Mrs. Kaddy Jammeh, who spoke on behalf of the women of Kerr Ardo.

The US Ambassador also visited the women's rice milling machine in Badibou Kinteh Kunda, which was funded by the US embassy in 2008, to the tune of D125, 000.

The alkalo of Kinteh Kunda, Alieu Kinteh, said that the milling machine has really improved the standard of living of the villagers.

Mrs. Kontending Jabang, who spoke on behalf of the women of Kinteh Kunda, said the rice-milling machine had liberated them from the drudgery of pounding rice.

She added that they also use the powder from the pounded rice husks as fertiliser for their vegetable gardens.

The ambassador and his entourage also visited the Kerewan community radio station.

The tour will continue today to CRR and URR. 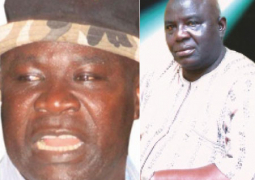