United Guardian Youth for Development Association (UGYD) yesterday commemorated its fifth anniversary on the theme: “Moving from the culture of reaction to the culture of prevention”.

In his anniversary speech, the acting-chairperson of the group, Momodou Juju Jallow, said the theme for this year was chosen to meet the requirements of the UGYD global objectives.

The theme, he said, is an excerpt of a quote by the former United Nations Secretary General Kofi Anna in a statement he delivered in 1999.

This year’s anniversary, held yesterday at the Kanifing Multipurpose Hall, brought together members of the association and government officials.

He urged people to resolve issues through dialogue rather than by vindictive actions or reactions.

Jallow further revealed that the activities happened as a result of the tireless efforts of the general membership of the association.

The youth need proper cultural guidance to meet their respective socio-economic goals as productive citizens and to better prepare to take up responsibilities in the near future, he said.

Programme manager Babucarr Kebbeh said the association was recently grouped top most of the active and valuable youth associations in The Gambia under the National Youth Council and gained its recognition as the only youth group taking guidance and counseling as their main area of intervention.

“The prompt success of the association was fully based on commitment, discipline, hard work and confidence,” he said.

The secretary general, Bubacarr Jallow, who spoke on the successes registered over the years by the group, said the association has conducted recruitment training for 17 people at Abuko for three days in February this year.

“We have also conducted two-month training of trainers on the UGYD guidance and counseling manual for 10 members,” he said.

He added that the success also included the MoU signing with OSSADA and NAPSA, which aims at promoting guidance and counseling and other youth empowerment programmes. 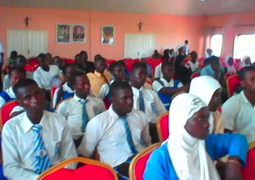